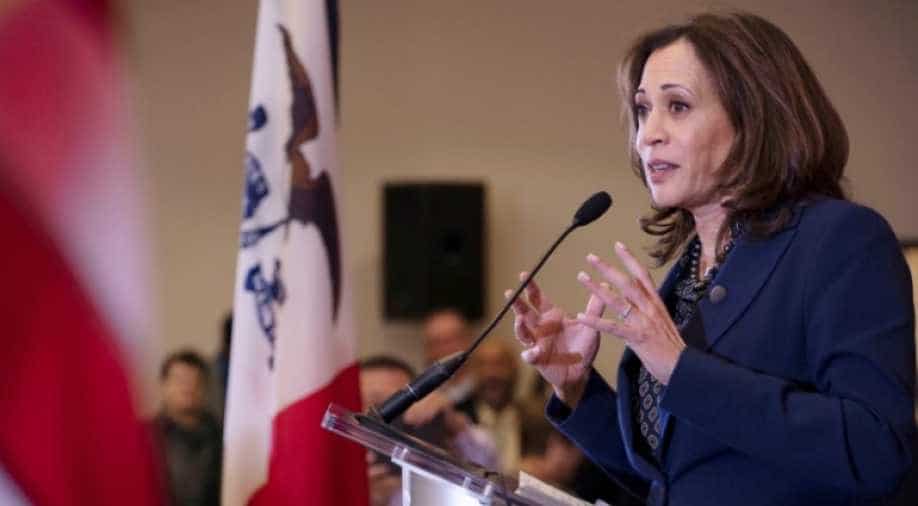 Kamala termed Trump as “a president who cares more about himself than the people who elected him."

US vice presidential candidate Kamal Harris on Thursday slammed Donald Trump and said that "America is crying out for leadership.”

Kamala Harris hit the campaign trail as former Vice President Joe Biden’s running mate with a bang, tearing into Trump’s handling of the coronavirus pandemic and the economy, recounting her friendship with Biden’s late son Beau and praising Biden for his “empathy and compassion.”

Kamala termed Trump as “a president who cares more about himself than the people who elected him."

"The case against Donald Trump and Mike Pence is open and shut," said the former California attorney general, in a speech alongside Biden in his hometown of Wilmington, Delaware.

"We're experiencing a moral reckoning with racism and systemic injustice that has brought a new coalition of conscience to the streets of our country demanding change," she said.

Harris talked about how her parents, Jamaican and Indian immigrants, met while protesting for civil rights in Oakland in the 1960s.

"My mother and father, they came from opposite sides of the world to arrive in America. One from India and the other from Jamaica in search of a world-class education. But what brought them together was the civil rights movement of the 1960s. And that is how they met as students in the streets of Oakland marching and shouting for this thing called justice in a struggle that continues today," she said.

Harris accused US President Donald Trump of the mishandling of coronavirus. The US leads the world with more than 5 million coronavirus cases "because of Trump's failure to take it seriously from the start," Harris said

"His refusal to get testing up to and running, his flip-flopping on social distancing and wearing masks. His delusional belief that he knows better than the experts. All of that is a reason and the reason that an American dies of Covid-19 every 80 seconds," Harris said regarding Trump.