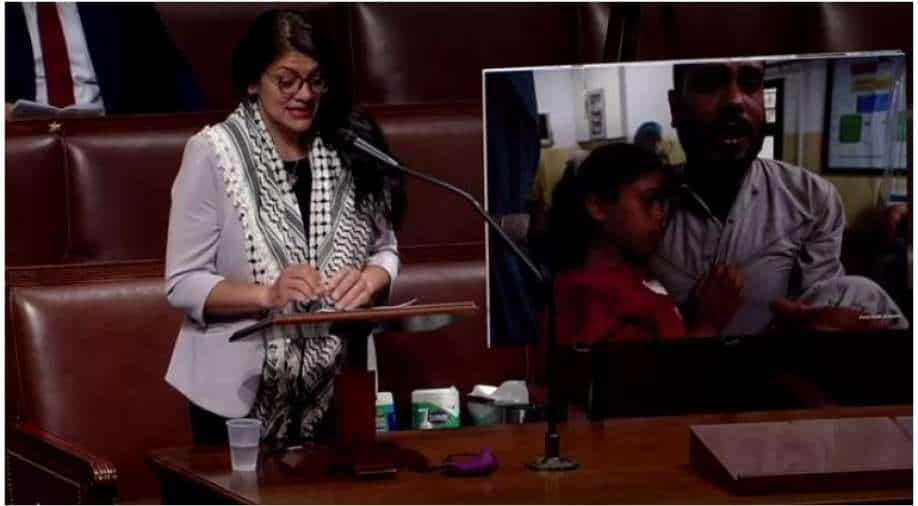 US Congresswoman Rashida Tlaib speaking in US Congress Photograph:(Reuters)
Follow Us

US lawmaker Rashida Tlaib on Thursday (local time) questioned US government's "unconditional support" to Israel amid clashes with Palestine. Tlaib has been critical of Israeli policy towards the Palestinians.

"We must, with no hesitation, demand that our country recognize the unconditional support of Israel has enabled the erasure of Palestinian life and the denial of the rights of millions of refugees," Tlaib said, often tearing up as she addressed the House of Representatives.

She was joined on the floor by congresswoman from Minnesota, Ilhan Omar, who criticized her colleagues in the House for their stand on Israel.

"Instead of condemning blatant crimes against humanity and human rights abuses, many members of Congress have instead fallen back on a blanket statement defending Israel's airstrikes against civilians under the guise of self-defense."

At least 109 people have been killed in Gaza over previous four days as per Palestinian medical officials.

On Thursday alone, 52 Palestinians were killed in the enclave, the highest single-day figure since Monday (May 10).