US blames Sudan army rulers for six deaths in violence 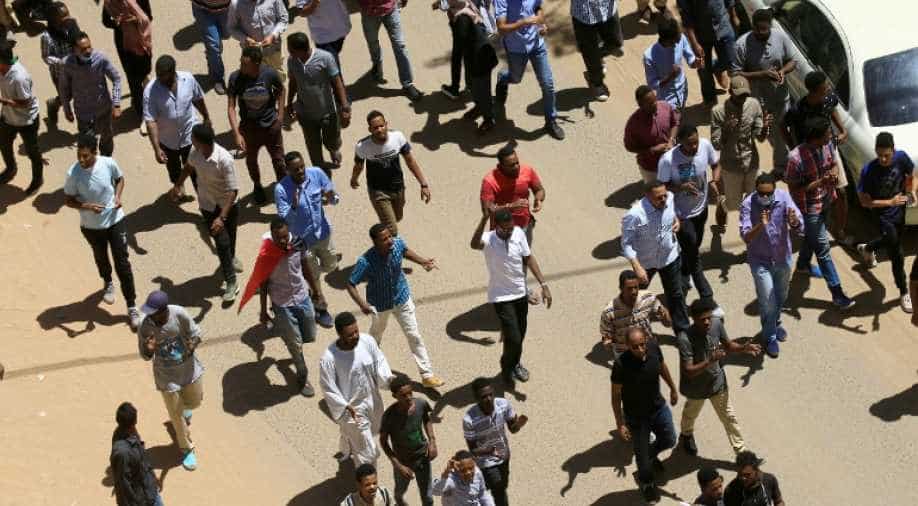 Five protesters and a Sudanese army major were killed on Monday just hours after the council's generals and protest leaders said the two sides had reached a breakthrough agreement on transitional authorities to run the country.

The US embassy in Khartoum on Tuesday blamed Sudan's ruling military council for the deaths of six people in violence that rocked a sit-in protest in the capital.

"The tragic attacks on protesters yesterday that led to the deaths of at least six Sudanese and potentially one hundred or more injured were clearly the result of the Transitional Military Council trying to impose its will on the protesters by attempting to remove roadblocks," the US embassy said in a statement posted on its Facebook page.

"The decision for security forces to escalate the use of force, including the unnecessary use of tear gas, led directly to the unacceptable violence later in the day that the TMC was unable to control."

Five protesters and a Sudanese army major were killed on Monday just hours after the council's generals and protest leaders said the two sides had reached a breakthrough agreement on transitional authorities to run the country.

The six were killed by gunshots, which the protest leaders blamed on militias of the former regime of ousted president Omar al-Bashir.

Prior to Monday's talks between the military rulers and protest leaders, groups of demonstrators had blocked Nile Street, a major avenue in the city, for the second consecutive day.

Witnesses said angry protesters blocked the avenue after police initially stopped them from going to the sit-in outside the army complex from that road.

The military council condemned the protesters for blocking the avenue.

"It is totally unacceptable what is happening on the Nile street as it creates chaos and makes life difficult for citizens," the council said in a statement on Sunday.

In its statement, the US embassy said the two sides "should not allow yesterday's events to prevent them from building on yesterday's progress to rapidly conclude negotiations to establish a civilian-led transitional government".

"We encourage the people of Sudan to continue to express their desire for a peaceful and democratic Sudan in a non-violent manner and to not to be provoked by the actions of those who oppose change," it said.

Washington has consistently pushed the army generals to reach a deal with the protest leaders on handing over power.

Last Wednesday, US Deputy Secretary of State John Sullivan spoke by telephone with General Abdel Fattah al-Burhan, the chairman of the military council, and voiced support for "the Sudanese people's aspirations for a free, democratic and prosperous future," the State Department said.

Sullivan encouraged the military leader to "move expeditiously toward a civilian-led interim government" and to reach an agreement with the Alliance for Freedom and Change protest group.