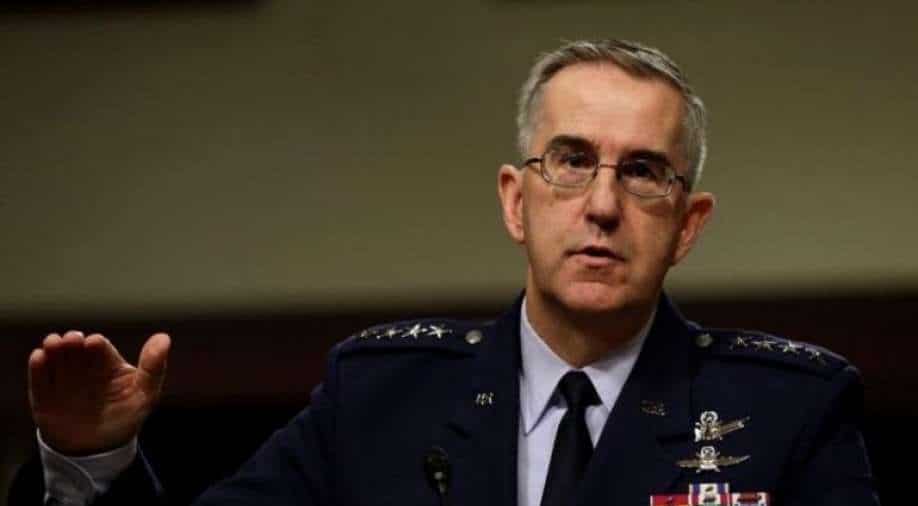 Slamming the 'brutal' bureaucracy in the US, Hyten said 'China will surpass Russia and the United States if we don't do something to change it.'

Slamming the ''brutal'' bureaucracy in the US, Hyten said ''China will surpass Russia and the United States if we don't do something to change it. It will happen. So I think we have to do something."

Hyten said the US should assume that the Chinese missiles for invading Taiwan are for them and should plan accordingly.

He warned that China is ''expanding rapidly in space, in cyber and then in the traditional domains of land, sea and air.''

It comes after Chairman of the Joint Chiefs of Staff, US Army General Mark Milley explicitly confirmed the test of a hypersonic weapon by China.

Also read | Explainer | Why is there a brouhaha over China’s hypersonic missile test?

He said that it was "very close" to a Sputnik moment, referring Russia's 1957 launch of the first man-made satellite, which put Moscow ahead in the Cold War-era space race.

"What we saw was a very significant event of a test of a hypersonic weapon system. And it is very concerning," Milley said.

Nuclear arms experts say China's weapons test appeared to be designed to evade US defences in two ways. First, hypersonics move at speeds of more than five times the speed of sound, or about 6,200 kph (3,853 mph), making them harder to detect and intercept.

Hypersonic weapons are normally defined as fast, low-flying, and highly manoeuvrable weapons designed to be too quick and agile for traditional missile defence systems.