Up to eight hurt in Russia arms depot blasts 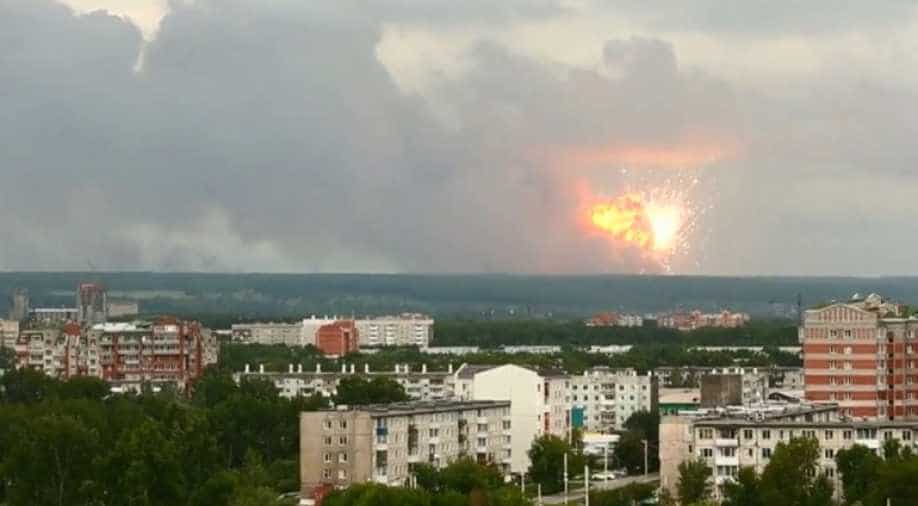 Up to eight people were injured and thousands were evacuated Monday because of a fire at a Siberian ammunition depot that set off explosions, authorities said.

The fire of unknown origin at the depot near the town of Achinsk in the Krasnoyarsk region was the latest accident to hit Russia's military.

Witnesses posted footage on the internet showing a huge column of black smoke rising over a forest.

Krasnoyarsk governor Alexander Uss said that between five and eight people may have been hurt.

"There is no threat to their lives," he added in televised remarks.

Regional authorities said the ammunition depot lies just outside the village of Kamenka.

The depot has been cordoned off and servicemen have taken refuge in a bomb-proof shelter.