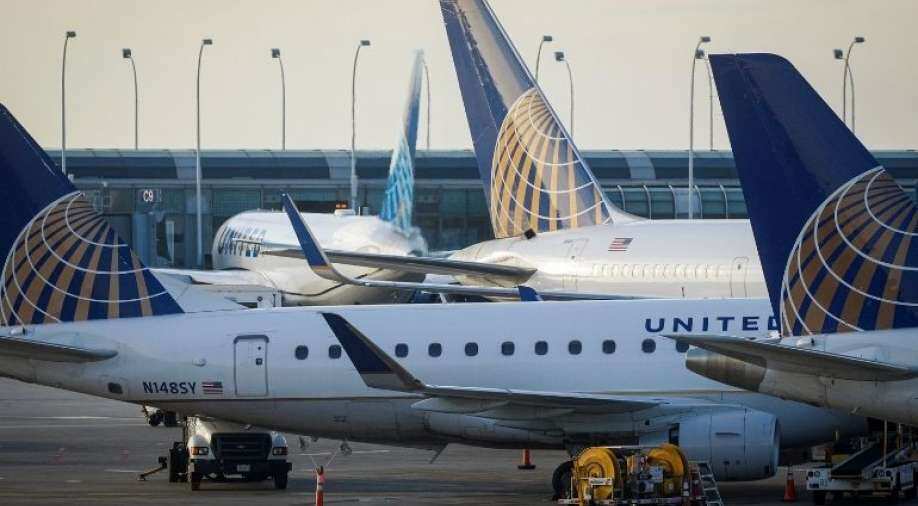 On Tuesday, United Airlines announced that it would temporarily suspend flights over Russian airspace, joining other major US carriers who have taken the step following Russia's invasion of Ukraine. Photograph:( Reuters )

In the wake of reports that US President Joe Biden would announce a ban on Russian aircraft using US airspace, American aviation giant Boeing has also pulled out

In his first State of the Union address, President Joe Biden said the United States would ban Russian planes from its airspace, and vowed Putin would pay a heavy price for his decision to invade Ukraine.

"He has no idea what's coming," he said at the House of Representatives.

"Let each of us...stand and send an unmistakable signal to Ukraine and to the world."

In the wake of reports that Biden would announce a ban on Russian aircraft using US airspace, American aviation giant Boeing said it will cease supporting Russian airlines and their operations in Moscow.

"We have suspended major operations in Moscow and temporarily closed our office in Kyiv," the Ukrainian capital, a Boeing spokesperson said.

"We are also suspending parts, maintenance and technical support services for Russian airlines. As the conflict continues, our teams are focused on ensuring the safety of our teammates in the region."

On Tuesday, United Airlines announced that it would temporarily suspend flights over Russian airspace, joining other major US carriers who have taken similar steps following Russia's invasion of Ukraine.

The White House declined to comment, but in recent days, it has had extensive talks with US airlines.

In recent days, United has continued to fly over Russian airspace to operate flights to and from India. United Parcel Service, Delta Air Lines and American Airlines all confirmed this week that their flights over Russia have been cancelled.

As per Reuters, FedEx did not respond to emails asking if it was ceasing flights over Russia.

The United airline is cancelling two flights to India on Tuesday and Wednesday as it evaluates alternate routes that don't use Russian airspace.