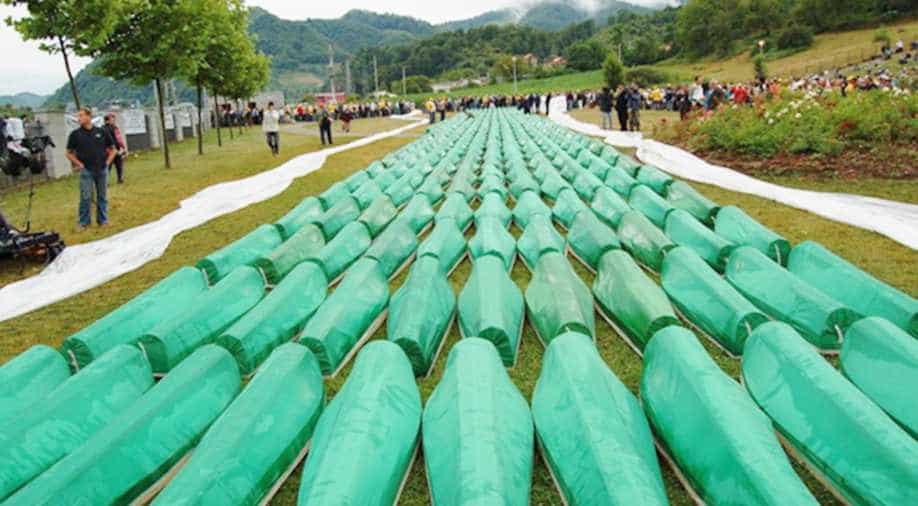 More than 100 women were raped by troops during a massive opposition protest in a stadium in the capital Conakry.

The United Nations High Commissioner for Human Rights (UNCHR) urged Guinea on Saturday to "speed up" the trial for those responsible for a massacre on more than 150 opposition supporters exactly 10 years ago.

More than 100 women were also raped by troops during a massive opposition protest in a stadium in the capital Conakry on September 28, 2009, against then junta chief Moussa Dadis Camara whose security forces opened fire on the crowd.

"Impunity has prevailed for too long in Guinea and is preventing victims’ scars from healing," the U.N.'s Michelle Bachelet said in a statement.

"Sustainable peace and reconciliation will not be achieved until justice and accountability is upheld," she added.

Guinean judges completed the investigation into the massacre in 2017 but a trial date has still not been set.

On Friday, Guinea Prime Minister Ibrahima Kassory Fofana said the government was "determined" to organise a trial of the alleged perpetrators of the killings "to deliver justice to the victims".

A U.N. Commission of Inquiry established in 2009 concluded that there was a "strong presumption that crimes against humanity were committed".

The U.N. said 156 people were killed, at least 109 girls and women were victims of sexual violence, corpses were buried in mass graves, demonstrators were tortured and authorities "modified" crime scenes.

Bachelet said despite the investigation recommending Guinean authorities prosecute those responsible and compensate victims almost a decade ago, there had been "little tangible progress so far".

"It is particularly worrying that a number of high-ranking indicted officials are still serving and have not yet been brought to justice," she said, urging the authorities to "speed up the organisation of the trial".

After surviving an assassination attempt in 2009, Camara fled the to exile in Burkina Faso, where he was indicted in July 2015 by Guinean magistrates for his alleged involvement in the massacre.