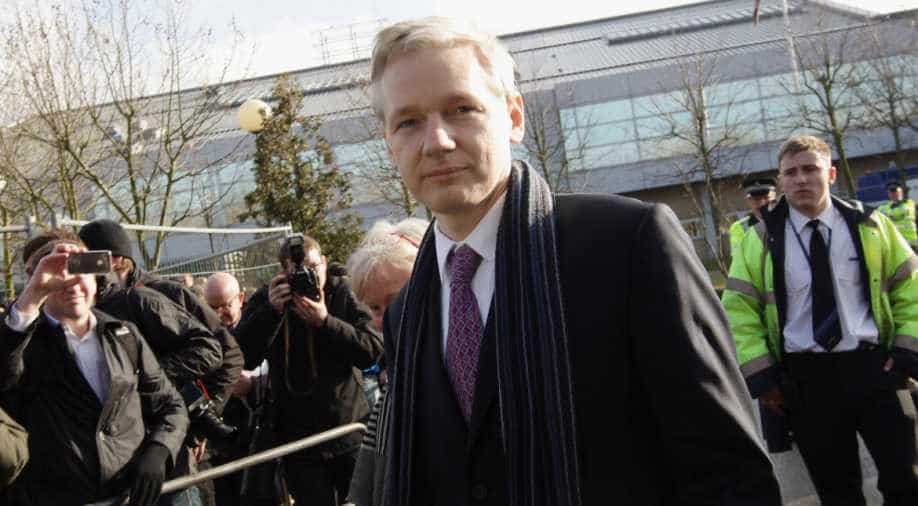 Assange faces rape allegations in Sweden that he denies. He fears Sweden would extradite him to the United States to answer for the leaking of diplomatic cables and other classified documents. Photograph:( Getty )

Britain's request to review United Nations' ruling that Julian Assange is being arbitrarily detained has been rejected, said a statment released in Geneva on Wednesday.

The Working Group on Arbitrary Detention said it was not changing course as the British request "did not meet the threshold of a review... and (was) thus not admissible", news agency AFP reported.

Britain had contested the findings, favourable towards Assange, of the UN group working on arbitrary detention published in February.

Assange has taken refuge in the Ecuadorian embassy in London since 2012 to avoid being sent to Sweden. He faces rape allegations in the Scandinavian country.

“Julian Assange has never been arbitrarily detained by the UK, and is in fact voluntarily avoiding lawful arrest by choosing to remain in the Ecuadorian embassy. The UK continues to have a legal obligation to extradite him to Sweden,” UK foreign minister Hugo Swire had said in a statement, The Guardian reported.

The WikiLeaks founder is afraid that Sweden would extradite him to the United States where he would face punishment for leaking classified documents in his website.

The UN panel published its findings on Wednesday.

Assange said in a statement: "Now that all appeals are exhausted I expect that the UK and Sweden will comply with their international obligations and set me free. It is an obvious and grotesque injustice to detain someone for six years who hasn't even been charged with an offence."

Earlier in November, he was interrogated by an Ecuadorian prosecutor for two days over the rape allegations on him.

The questions were provided by Swedish officials but the answers were confidential.

Assange insists the sexual encounters in question were consensual.