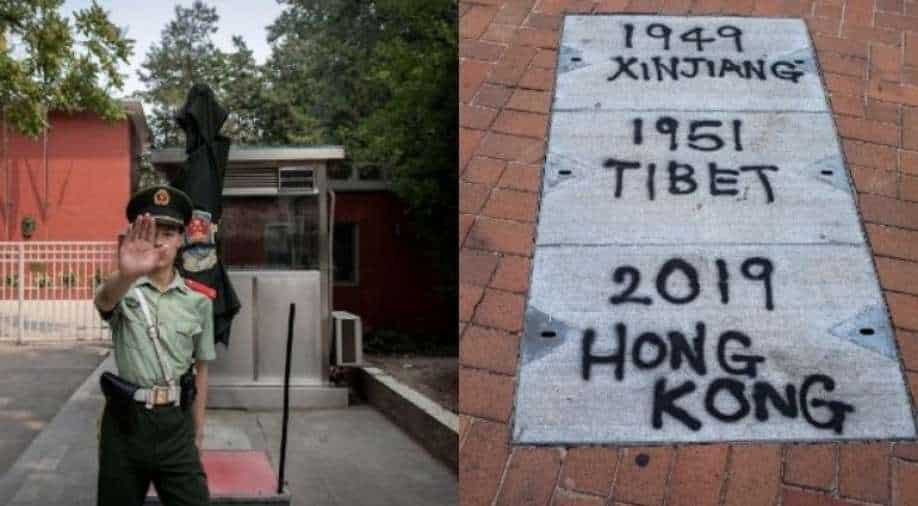 On day two of the 47th session of the UN Human Rights Council meeting in Geneva, nations across the board expressed concern over China's actions in Xinjiang, Hong Kong and Tibet.

"We are gravely concerned about the human rights situation in the Xinjiang Uyghur autonomous region. Credible reports indicate that over a million people have been arbitrarily detained in Xinjiang," Canada's ambassador Leslie Norton said at the meeting.

The Canadian ambassador called for "immediate, meaningful and unfettered access to Xinjiang for independent observers" including ending the "arbitrary detention of Uyghurs and members of other Muslim minorities".

Norton also highlighted the deteriorating "fundamental freedoms in Hong Kong" under the national security law and the human rights situation in Tibet.

"We call on Chinese authorities to abide by their human rights obligations," the Canadian ambassador said which was backed by Britain, France, Germany, Australia, US, Italy among others as the joint statement was read out.

The Canadian ambassador's statement was backed by 40 countries.

Norton said there were reports of torture or cruel, inhuman and degrading treatment and punishment, forced sterilisation, sexual and gender-based violence and forced separation of children from their parents by authorities in Xinjiang.

China said it was ready to welcome Bachelet including allowing her to visit Xinjiang, however, it added that the visit should be "friendly", "rather than making the so-called 'investigation' under the presumption of guilt".

Bachelet had told the UN meeting that national security law had a "chilling impact" on Hong Kong and it was an important test of independence of  Hong Kong’s judiciary.