UN appeals for record $22.2 bn to give aid to crises-hit countries 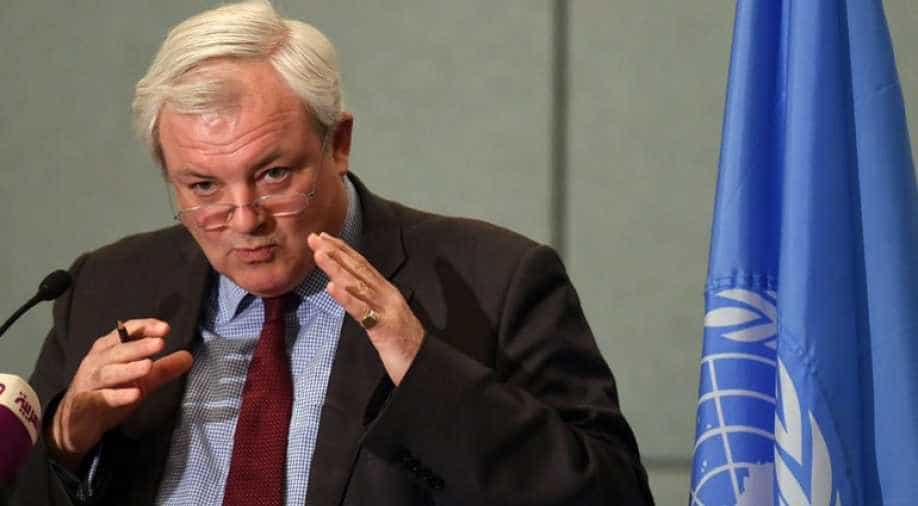 The global appeal by UN agencies and other humanitarian organisations aims to gather funds to help the 92.8 million most vulnerable of the nearly 129 million people expected to require assistance. In photo: Stephen O'Brien on October 5, 2016. Photograph:( Getty )

The United Nations appealed Monday for a record $22.2 billion (20.9 billion euros) to provide aid in 2017 to surging numbers of people hit by conflicts and disasters around the world.

The work of humanitarians "is more necessary and courageous than ever," UN humanitarian aid chief Stephen O'Brien said in Monday's report.

"More people have humanitarian needs, not least because of protracted crises lasting longer and longer."

The global appeal by UN agencies and other humanitarian organisations aims to gather funds to help the $92.8 million most vulnerable of the nearly 129 million people expected to require assistance across 33 countries next year.

The numbers are staggering, especially when considering that three war-ravaged countries -- Syria, Yemen and Afghanistan -- alone account for about a third of all of those in need.

The amount appealed for tops the $20.1 billion requested last December for 2016 -- a year when "humanitarian actors have saved, protected and supported more people than in any previous year since the founding of the United Nations," O'Brien said.

"With persistently escalating humanitarian needs, the gap between what has to be done to save and protect more people today and what humanitarians are financed to do and can access is growing ever wider," O'Brien said.

Aid needs have been rising steadily for decades. When the UN launched its first global appeal 25 years ago, it estimated that just $2.7 billion would cover aid needs around the globe in 1992.

But the situation has worsened dramatically in the last few years.

The report highlighted "severely constrained" humanitarian access in places like Syria, Yemen, Iraq and South Sudan, which is "leaving affected people without basic services and protection."

The Syrian conflict, which has killed more than 300,000 people since March 2011 and forced more than half the population to flee, is set to absorb the biggest portion of the funds.

The UN wants a full $3.4 billion to go to helping those inside Syria, with another $4.7 billion destined for refugees and their host communities in the region.

Second in line is South Sudan, which has been wracked by civil war since 2013 and where the UN has warned "ethnic cleansing" is taking place.

The UN plan is to spend a total of $2.5 billion to help South Sudanese in need, including $1.2 billion for refugees from the country.

And $1.9 billion should go to help the victims of Yemen's brutal civil war, which has escalated dramatically since a Saudi-led coalition intervened in March 2015.