Ukraine says Russia still has 100,000 troops near its border 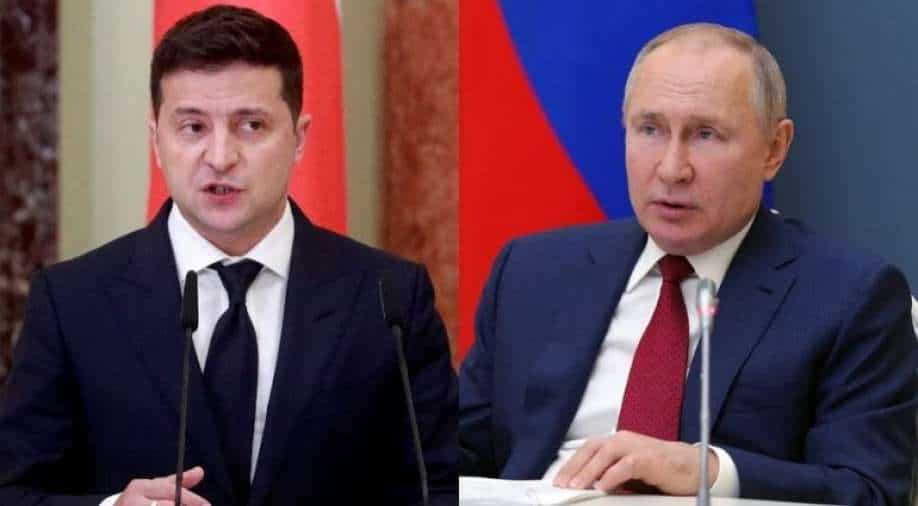 Russia last month amassed 100,000 troops near the border and in Crimea, its biggest buildup since 2014, but quickly announced a pullback

Russia still has around 100,000 troops deployed near Ukraine's border and in annexed Crimea, the head of Ukraine's state security service (SBU) Ivan Bakanov said on Tuesday.

US Secretary of State Antony Blinken has demanded that Russia end its "aggressive" actions towards Ukraine, warning on a solidarity visit to Kiev that the giant neighbour has yet to withdraw most forces from a recent buildup.

The top US diplomat met Ukraine's leadership and toured a somber memorial with photographs of some of the more than 13,000 people who have died fighting pro-Russian separatists since 2014, when Moscow seized the Crimean peninsula from Kiev.

"We stand strongly with you," Blinken told a joint news conference with Ukrainian President Volodymyr Zelensky.

"We look to Russia to cease reckless and aggressive actions," Blinken said.

Russia last month amassed 100,000 troops near the border and in Crimea, its biggest buildup since 2014, but quickly announced a pullback in what many saw as a test for the new US administration of President Joe Biden.

But both Blinken and Zelensky said Thursday that the pullout had been limited.

"We're aware that Russia has withdrawn some forces from the border with Ukraine, but we also see that significant forces remain there," Blinken said.

Zelensky said that Russia was still flexing its muscle on the Black Sea and that it had only removed 3,000 to 3,500 troops from Crimea.

"The forces that remain along the Ukrainian border permit the Russian side to launch a military operation against Ukraine at any moment," Zelensky said.

In Brussels, NATO Secretary-General Jens Stoltenberg said that "tens of thousands" of Russian troops remained and that they had left heavy weaponry despite some reductions.

"Overall, there is a significant Russian presence, and there are many more Russian troops now, in and around Ukraine, than before the recent increase in tensions," Stoltenberg said.

With Blinken in Kiev, the Ukrainian military said that one soldier was killed and another injured from shelling in Donetsk, a breakaway area in the eastern Donbas region.

Zelensky, however, said there had been a decline in sniper fire, a leading cause of casualties.

He also welcomed US support but said that Ukraine "desperately" needed more.

Russia's withdrawal of troops "is slow -- therefore, perhaps, there still may be a threat. Nobody wants these surprises," Zelensky said.

He has renewed calls for Ukraine to join NATO but Western European nations have been cool to the idea, fearing the Russian reaction.

The United States has earmarked $408 million in security aid for Ukraine this fiscal year and Blinken said he spoke in depth with Ukrainian leaders about their needs.

Biden in his first three months in office has sought to toughen US resolve against Russia after his predecessor Donald Trump's flirtation with President Vladimir Putin.

Likely believing that the new US leadership presents greater opportunities, comedian-turned-president Zelensky said that he had invited Biden to visit Ukraine.

Blinken replied that he would convey the invitation and that Biden hoped to visit eventually.

Biden also has proposed a summit with Putin in a bid to bring stability to the relationship -- making it all the more pressing to show solidarity with Ukraine first.

Blinken arrived late Thursday from London where he joined other foreign ministers from the Group of Seven wealthy democracies in condemning Russia's "irresponsible and destabilising behaviour" in Ukraine and elsewhere.