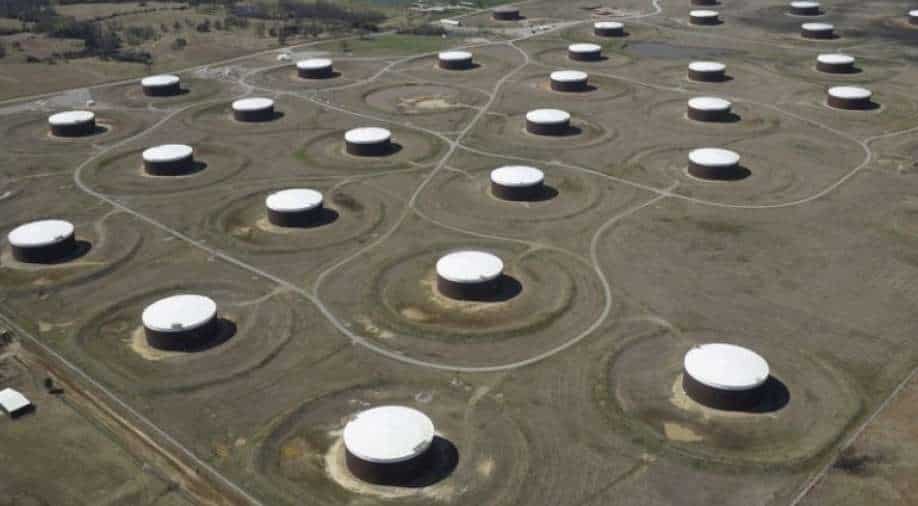 The United States and its European allies are poised to announce new sanctions against Russia after President Vladimir Putin formally recognised the two regions in eastern Ukraine, escalating a security crisis on the continent

Oil hit its highest since 2014 on Tuesday as tensions between Russia and Ukraine escalated after Moscow ordered troops into two breakaway regions in eastern Ukraine, adding to supply concerns that are pushing prices to near $100 a barrel.

The United States and its European allies are poised to announce new sanctions against Russia after President Vladimir Putin formally recognised the two regions in eastern Ukraine, escalating a security crisis on the continent.

"The potential for a rally over $100 a barrel has received an enormous boost," said Tamas Varga of oil broker PVM. "Those who have bet on such a move anticipated the escalation of the conflict."

US West Texas Intermediate (WTI) crude jumped $4.40, or 4.8 per cent, to $95.47 versus Friday's settlement, having earlier reached $96, also the highest since 2014. The US market was closed on Monday for a public holiday.

"We see the oil market in a period of frothiness and nervousness, spiced up by geopolitical fears and emotions," said Julius Baer analyst Norbert Rücker.

"Given the prevailing mood, oil prices may very likely climb into the triple digits in the near term."

The crisis over Ukraine has added further support to an oil market that has surged due to tight supplies as demand recovers from the coronavirus pandemic.

The Organization of the Petroleum Exporting Countries and allies, known as OPEC+, have resisted calls to boost supply more rapidly.

A senior British minister said on Tuesday Russia's invasion of Ukraine has created a situation as grave as the 1962 Cuban missile crisis, when a confrontation between the United States and the Soviet Union brought the world to the brink of nuclear war.

Nigeria's minister of state for petroleum on Tuesday stuck to the OPEC+ view that more supply was not needed, citing the prospect of more production from Iran if its nuclear deal with world powers is revived.

Talks are ongoing on renewing Iran's nuclear agreement with world powers, which could eventually boost Iran's oil exports by over 1 million barrels per day.