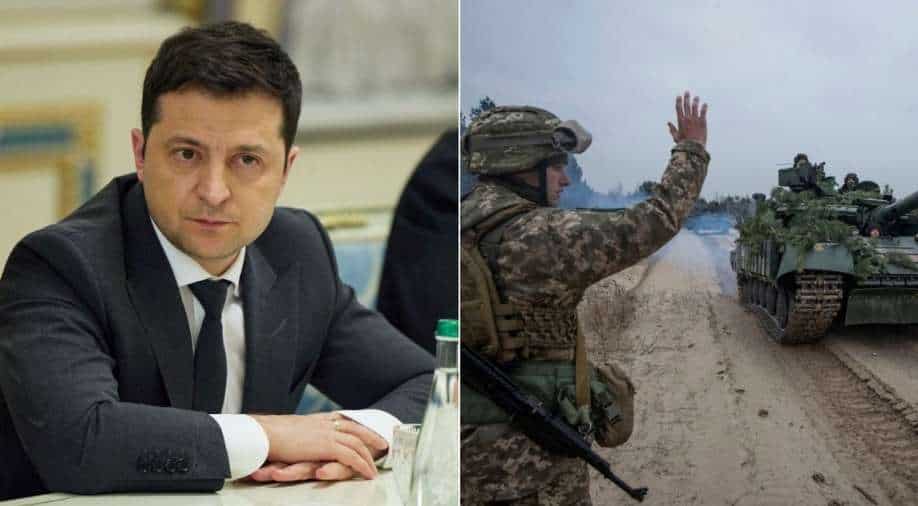 Ukrainian Ground Forces said: "Reservists aged 18 to 60 will be called up... The call will start today. The maximum service life is one year"

Ukrainian armed forces on Wednesday (February 23) said that the country has started conscripting reservists aged 18-60 following a decree by President Volodymyr Zelenskiy. The maximum service period is one year.

In a Facebook message, Ukrainian Ground Forces said: "Reservists aged 18 to 60 will be called up... The call will start today. The maximum service life is one year."

On Tuesday, Zelenskiy said he was introducing the conscription of reservists. He, however, ruled out a general mobilisation after Russia announced it was moving troops into eastern Ukraine.

Amid escalating situation, Ukraine on Wednesday urged its citizens to leave Russia immediately. "Because of the escalating Russian aggression against Ukraine, which can lead to a substantial reduction in possible consular assistance in Russia, the foreign ministry urges the citizens of Ukraine to refrain from travel to Russia, and for those in that country to leave its territory immediately," the ministry said.

Meanwhile, French Finance Minister Bruno Le Maire said on Wednesday that the word "invasion" used by the United States President Joe Biden is not appropriate for what is happening now in Ukraine.

Biden said on Tuesday that the recognition of the Donetsk and Luhansk people's republics as independent is the beginning of a Russian "invasion" of Ukraine.

"You need to weigh your words. An invasion is an invasion. And I think that this is not the right word for this situation [in Ukraine]. We will see what steps [Russian] President [Vladimir] Putin will take next in the next hours, days or weeks," Le Maire told the BFM TV broadcaster.

"But what is happening now is an attempt to encroach on the territorial integrity of Ukraine and cast doubt on international agreements," he added.