UK police under fire after crackdown on vigil for murdered woman 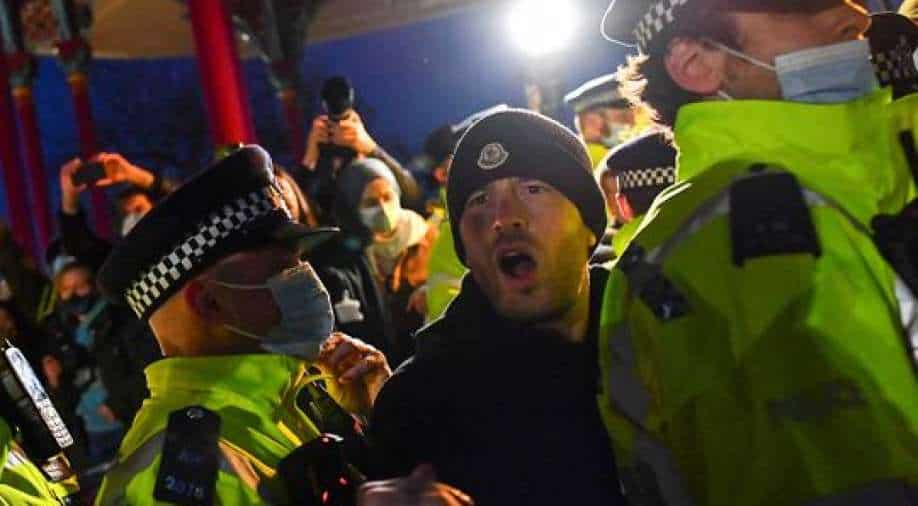 Sarah Everard`s disappearance as she walked home on the evening of March 3 had led to a wave of accounts from women about the dangers of walking streets alone at night, and dismay at the failure of police and wider society to tackle this.

Police in London drove itself under fire as it handcuffed mourners at a vigil for a woman who was murdered after setting out to walk home.

Sarah Everard`s disappearance as she walked home on the evening of March 3 had led to a wave of accounts from women about the dangers of walking streets alone at night, and dismay at the failure of police and wider society to tackle this.

On Saturday, as the protests spilled on to the streets, officers scuffled with some members of the hundreds-strong crowd that gathered despite coronavirus restrictions for a candlelit tribute close to the spot.

Reclaim These Streets -- who initially organised the event in south London's Clapham -- condemned the actions of officers "physically manhandling women at a vigil against male violence."

Social media footage showed police restraining and handcuffing some mourners, leading to an outpouring of criticism from across the political spectrum.

Both Home Secretary Priti Patel and London mayor Sadiq Khan said they had asked for explanations from the Metropolitan police over how the vigil was handled.

Organisers had cancelled the vigil after police outlawed it because of Covid-19 restrictions, but hundreds still turned out, with tensions overspilling as Saturday night fell.

Mourners shouted "shame on you" at police, with tensions running high as a man arrested in connection with Everard's murder is an officer.

In the hours following the vigil, rage mounted with pressure groups  and politicians condemning police actions.

Early on Saturday, an impromptu memorial with flowers and candles sprang up around the bandstand on Clapham Common in southwest London, near where Everard was last seen alive.

London Mayor Sadiq Khan - who is responsible for policing in the city - said the officers` response "was at times neither appropriate or proportionate" and added that he was seeking an urgent explanation from Dick.

Earlier on Saturday, Prime Minister Boris Johnson said he and his partner Carrie Symonds would light a candle in memory of Everard.

"I will do everything I can to make sure the streets are safe and ensure women and girls do not face harassment or abuse," he said.

England`s police watchdog has launched an investigation into the Metropolitan Police`s handling of the case.

British police have charged an officer with the kidnap and murder of 33-year-old.

Appearing at London`s Westminster Magistrates` Court on Saturday morning, 48-year-old police officer Wayne Couzens, wearing a grey tracksuit, spoke only to confirm his identity. Couzens`s lawyer did not enter a plea to the charges of kidnap and murder ahead of a fuller court hearing scheduled for Tuesday. Couzens remains in custody.

Police discovered Everard`s body on Wednesday in woodland about 50 miles (80 km) southeast of London. The court heard that her body was found in a builder`s refuse bag, and was identified using dental records. Couzens joined the Metropolitan Police in 2018 and guarded foreign embassies before his arrest.