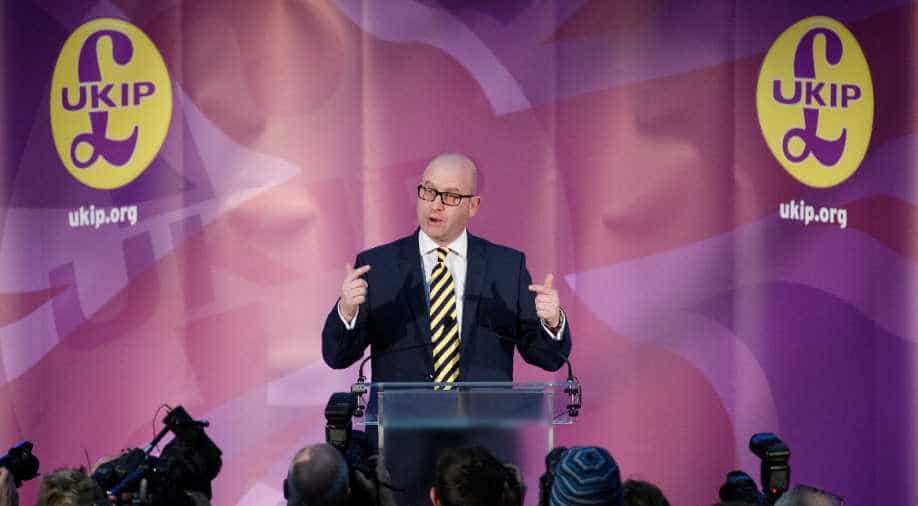 Nuttal pledged unity in the party and said he would make it the "the voice of patriotic Britain".

"The country needs a strong UKIP more now than ever before," he said, urging the party to keep pressuring the government for "real Brexit".

Nuttall joined the UKIP in 2004 and was the party's deputy leader from 2010. He has been a Member of European Parliament (MEP) since 2009.

The 39-year-old from Liverpool played football for Tranmere Rovers in his youth.

He went on to be a lecturer at Liverpool Hope University.

The UKIP, a driving force behind the Brexit campaign, has been struggling with infighting for the last few months. Tensions within the party came out in the open after newly-elected party leader Diane James stepped down in October days after winning the leadership.

Farage had acted as interim leader in the intervening period.

Will not be backseat driver: Farage

In his farewell speech, Farage promised he would not be a "backseat driver" in the party but would complete his term as a European Parliament lawmaker till 2019.

Farage also claimed that the European project was now "fatally weakened" and said the UKIP was the leading eurosceptic group across the continent.

"Be in no doubt that it is UKIP that is seen as the leading eurosceptic group across the entire continent," he said at a conference in London after the result of the party election was announced.

Since announcing his resignation following the EU referendum in June, Farage has ridden the wave of his campaign's success to the United States where he appeared at a Trump rally in Mississippi.

He was the first British politician to meet Trump after he was elected president. Trump even suggested his name for British ambassador to the US, ruffling feathers in 10 Downing Street, with British Prime Minister Theresa May retorting there was "no vacancy."

UKIP emerged from the fringes of British politics after playing a key role in the push for a referendum on EU membership.

Advocating an anti-mass immigration agenda, the party scored the third-highest number of votes in the 2015 general election, taking 12.7 per cent of the vote.