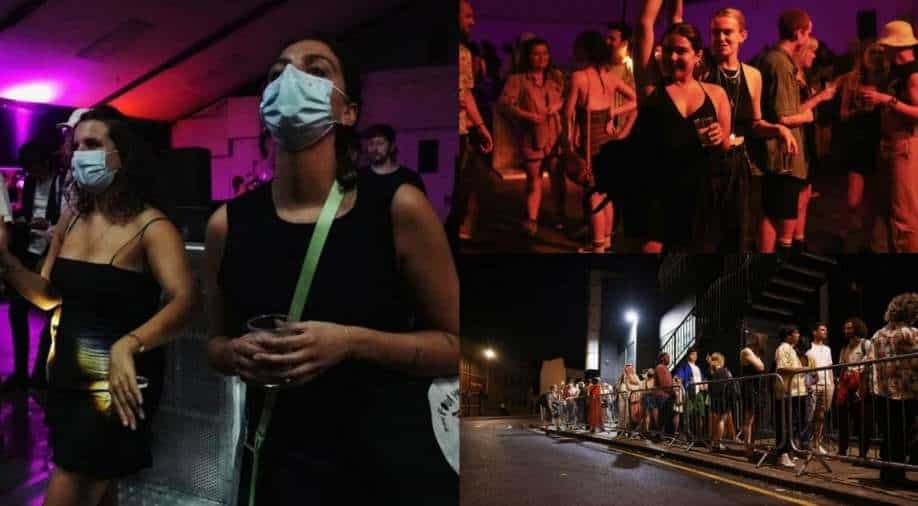 Boris Johnson's government has reopened the economy, including bars, pubs, nightclubs and restaurants. All social distancing and mask wearing rules have been abandoned which has drawn criticism from scientific experts

A medical adviser of the UK government has alleged that the local ministers are letting people get infected with the deadly coronavirus to increase herd immunity.

The adviser has alleged that the reason the UK government has reopened the economy, including reopening of clubs, pubs and restaurants.

From this week onwards, the UK government has rolled back all social distancing and mask wearing rules. This has brought in severe criticism as the Covid cases are still on rise. The UK leadership has also been forced to self-isolate due to Covid threats.

As per the adviser, UK ministers of the Boris Johnson government were made aware about the scientists’ concerns about reopening nightclubs and pubs.

While the UK Prime Minister, Boris Johnson, announced on Monday that Covid passports will be made compulsory for entering in pubs and clubs, the rule will not come in place till September.

"What we are seeing is a decision by the government to get as many people infected as possible, as quickly as possible, while using rhetoric about caution as a way of putting the blame on the public for the consequences," said Prof Robert West, a health psychologist at University College London who participates in Sage’s behavioural science subgroup. "It looks like the government judges that the damage to health and healthcare services will be worth the political capital it will gain from this approach."

The adviser believes that a large wave of new infections in addition to mass vaccination can very quickly push the UK closer to achieving herd community. However, ministers are repeatedly denying any intention of achieving herd immunity by letting infections rise.