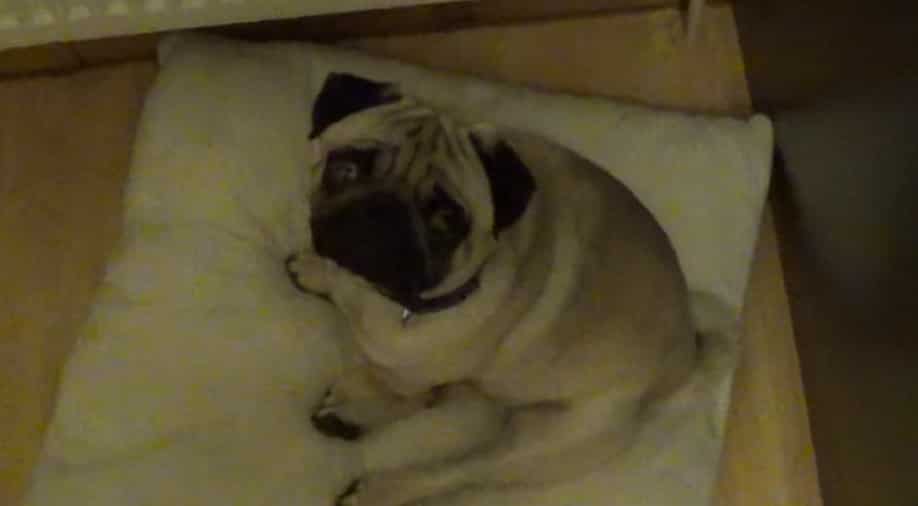 The pug responds to statements such as "Seig Heil" (the German word for ''Hail Victory") Photograph:( Others )

Mark Meechan, a 30-year-old Scottish national, has been fined 800 pounds by a UK court for uploading a footage of his girlfriend's dog giving Nazi salutes on YouTube.

In the video, uploaded in 2016, the dog - a pug - is seen responding to statements such as "Seig Heil" (the German word for ''Hail Victory") by raising its paw and the clip was viewed more than three million times.

He was convicted last month at Airdrie Sherrif Court after being pronounced guilty of committing a hate crime. Though he denies admitting that he did not break any law and that the video was made to agitate his girlfriend, Sheriff Derek O'Carroll found him guilty of a charge under the Communications Act saying "not only the video was very disturbing, it was anti-semitic and racist in nature and was provoked by religious enmity".

The Sherrif said, "The centrepiece of your video consists of you repeating the phrase 'Gas the Jews' over and over again as a command to a dog which then reacts. You use the command Sieg Heil, having trained the dog to raise its paw in response and the video shows a clip of a Nuremberg rally and a flashing image of Hitler with strident music. You say the video was only intended as a joke to upset your girlfriend, whose dog you used, and nothing more.

Tommy Robinson, the former leader of the far-right group The English Defence League, extended his support to Meechan in court.

After being fined, Meechan (owner of YouTube handle Count Dankula where the offensive video was uploaded) said he would be appealing the sentence.

He defended the video calling it a "joke" and that his whole point was to show "the juxtaposition of having an adorable animal reacting to something vulgar".

"This is a really dangerous precedent to set - for people to say things and their context to be completely ignored and then they can be convicted of it," Meechan said.

A group of people, supporting Meechan, protested outside the UK court declaring that the case went against the principle of freedom of speech.