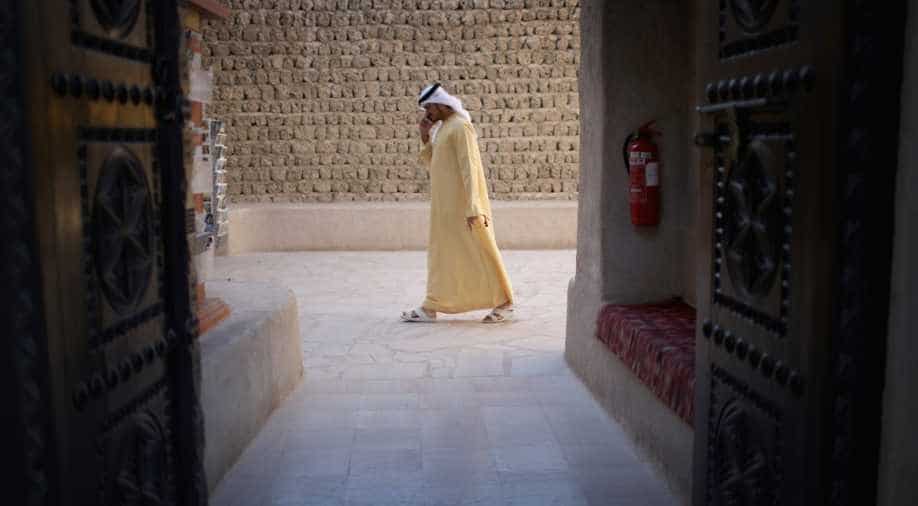 UAE newspaper?Gulf News?published photos of the Emirati man in robes being wrestled to the ground and handcuffed before being led away by the police. (Representative image) Photograph:( Getty )

Follow Us
The United Arab Emirates has urged men to avoid wearing the white robes, headscarf and headband of the national dress when travelling abroad, after a businessman visiting the United States was wrestled to the ground and held as an Islamic State suspect.

UAE media reported that the Emirati man was detained in Avon, Ohio, last week after a female clerk at a local hotel called 911 to report what she had described as a man affiliated to Islamic State, according to the Arabic-language al-Bayan newspaper. It only identified him by his initials.

The English language publication The National said the receptionist at the Fairfield Inn hotel called the police after she heard the man talking on his phone in the hotel lobby.

UAE newspaper Gulf News published photos of the Emirati man in robes being wrestled to the ground and handcuffed before being led away by the police.

In a message on a foreign ministry Twitter account focusing on citizens travelling abroad, the ministry said on Saturday: "For citizens travelling outside the country, and in order to ensure their safety, we point out not to wear formal dress while travelling, especially in public places." The message was dated July 2, and made no reference to the Avon incident.

The foreign ministry, in a message posted in Arabic and English on its website, urged citizens to abide by the laws of countries they are visiting. It alerted women to countries in Europe whose laws prohibit wearing of face covers, also without referring to the incident in Avon.

Local newspapers said Avon police released the man after they realised their mistake, but he fainted and needed hospital treatment.

Al-Bayan reported that the citizen had hired a lawyer to pursue the case, saying he had received no apology from either the police or the hotel.