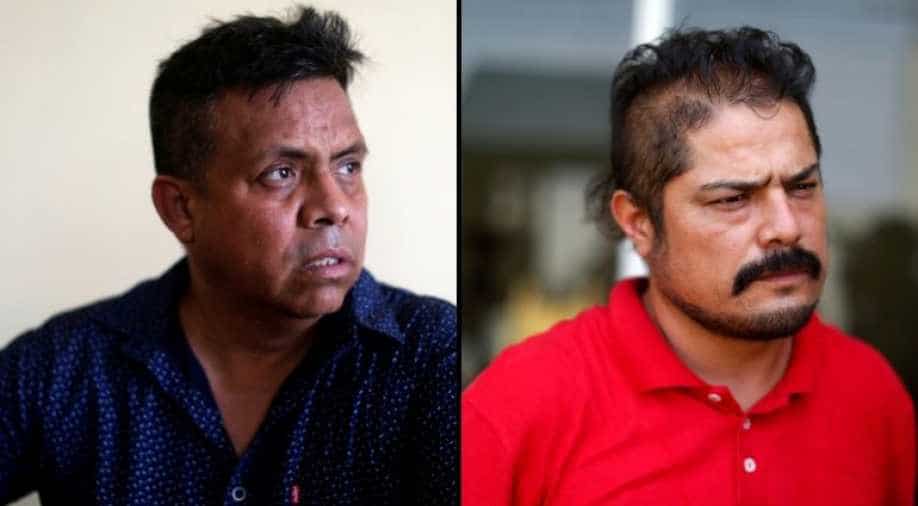 Sanchez, 41, and Mujica, 49 were arrested within an hour of each other on June 5 and jailed as part of a Mexican crackdown that week, which coincided with talks in Washington to avert tariffs threatened by US President Donald Trump.

A Mexican judge has freed two migrant rights activists who organised caravans, said a member of their legal team and a rights group on Wednesday, a week after their arrest which their supporters said was meant to appease the Trump administration.

After 13 hours of oral arguments for Cristobal Sanchez on Tuesday and an eight-hour overnight hearing for Irineo Mujica, a judge in southern Chiapas state ruled that the two veteran defenders of migrants should not be held in pre-trial custody, said lawyer Santiago Nunez, who attended the hearings.

Sanchez, 41, and Mujica, 49 were arrested within an hour of each other on June 5 and jailed as part of a Mexican crackdown that week, which coincided with talks in Washington to avert tariffs threatened by US President Donald Trump.

The high profile activists were held in a prison in the southern border city of Tapachula ahead of a hearing on people trafficking charges.

The judge ruled they could face the charges in liberty. They face possible 24-year sentences each.

In Sanchez's hearing, the defence team presented witnesses, a photo, video and documents to show he was at a party in Mexico City on March 29 about 10 p.m., Nunez said.

That evidence contradicted four Honduran migrants who had said they handed $8,000 to Sanchez at that time in the Guatemalan border city of Tecun Uman.

The legal team also presented evidence that Mujica was in the town of Chahuites, Oaxaca, on Feb. 27 at about 9 a.m., about 114 miles (185km) from Mapastepec, Chiapas, where two other Honduran migrants had accused him of taking 7000 pesos ($374) to transport them to Tijuana at that time, Nunez said.

None of the six migrants who had accused Sanchez and Mujica appeared at the hearings, Nunez said.

Mexico's federal prosecutor office did not immediately respond to a request for comment.

The migrants travelling in large groups to avoid exploitation by cartels and corrupt government officials drew international attention in 2018 when Trump said they should be stopped before reaching the US border.

Though Pueblo Sin Fronteras has helped shepherd caravans for years, several more have formed more spontaneously since 2018 in southern Mexico or in Honduras, El Salvador and Guatemala.