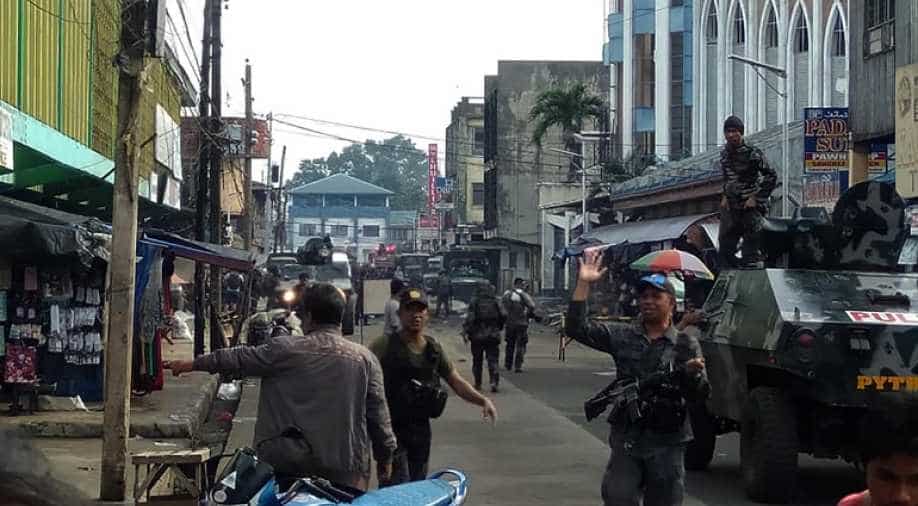 The first blast took place around 1 am on Monday in Datu Odin Sinsuat town in Maguindanao province, according to local media reports.

Two explosions rocked the majority Muslim area of the southern Philippines on Monday, a few hours before elections began in the country.

No casualties were reported in the incidents.

The first blast took place around 1 am on Monday in Datu Odin Sinsuat town in Maguindanao province, according to local media reports.

Another blast was reported some 500 meters away from a polling centre - an hour and a half before voting was to begin - at around 4.30 am.

Armed Forces spokesperson, Noel Detoyato, said that fragments of the explosives are being investigated to determine the type used and added that tanks have been deployed in the area to reinforce security during election day.

The national police chief, Oscar Albayalde, said that the motive behind blast was to create fear among the voters but not to cause victims.

According to witnesses, a little before the second explosion occurred, a group of men in t-shirts that read MNLF - Moro National Liberation Front, an Islamic separatist organization - entered the voting centre and caused minor damage.

Two explosions also occurred in the nearby city of Cortabato on Sunday, in which no casualties were reported.

These blasts have not yet been reported to be linked to the elections as the investigations are ongoing.

Violence during election process in the country is common where dozens of candidates and supporters are killed in every election as political corruption in a country with deep pockets of poverty becomes a source of income.

According to the Election Commission, during the pre-campaign and campaign, 43 violent incidents related to elections were recorded which left 20 dead and 24 injured.

Some 200 people have been detained for attempting to buy votes - at a price of around $19 but in some cases for as low as 20 pesos, the Commission reported.

Some, 61.8 million Filipinos are eligible to vote in the local and legislative elections to decide between 43,000 candidates for 18,000 posts, including mayors, councillors, provincial governors and some 300 congress members.

Cotabato city and Maguindanao province - where the explosions too place - are part of Bangsamoro, a new autonomous Muslim region which is widely supported by the population and which seeks to end decades of separatist conflict in the southern Philippines. Some radical groups remain opposed to this solution.