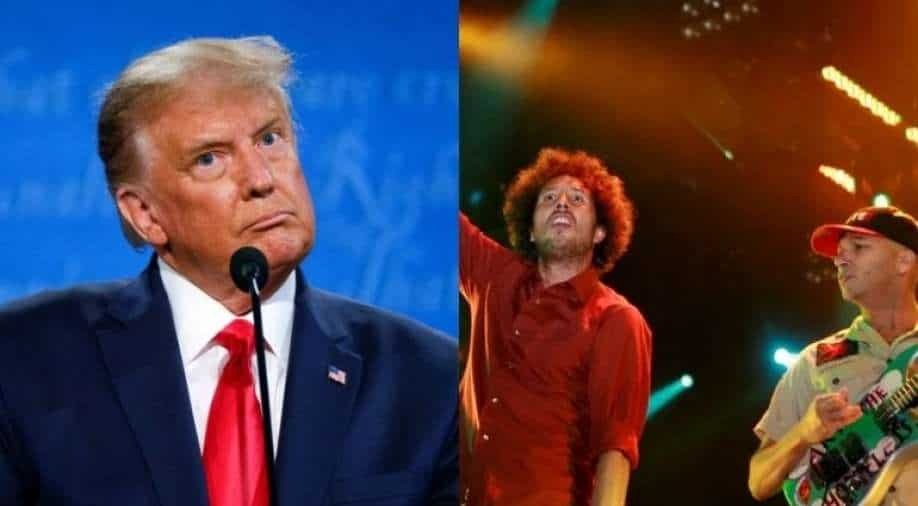 The band, throughout the song, accuses the justice system claiming the police officers who killed locals were let go only because they were 'wearing the badge'

As the world awaits the results of the US election 2020, locals are trying to find solace in mems, jokes and hilarious ironies. And Twitter has found just the content for it in a video of Donald Trump's supporters dancing at a song from the famous band 'Rage Against The Machine' that openly stands against the President.

A video spread like a wildfire on Twitter in which a man holding a US flag and a woman draped in the flag are dancing on the roads of Philadelphia. The song playing on the speakers is a hit song of the RATM band that sends an 'anti-police' and 'anti-racism' message.

The video was shared by a Twitter user who laughed at the irony of the situation. The song starts with the lyrics "Killing in the name of some of those that work forces, are the same that burn crosses" which hints at the police brutality directed especially towards the minority communities in the US — a topic that the locals have been protesting against lately.

The band, throughout the song, accuses the justice system claiming the police officers who killed locals were let go only because they were "wearing the badge".

When the video surfaced, Tom Morello, a band member, also took to Twitter to respond to the irony.

Not exactly what we had in mind https://t.co/RydKGCk9RA

Other people, too, reacted with several memes and jokes. Here are few of them:

They clearly don't know what RATM stands for 😂 like they also don't know a lot of things https://t.co/iEUDgupmym

I may not ever get over this #RATM https://t.co/Bobe7pH9EG

I honestly don’t think they know the lyrics to this song or the group https://t.co/gfHLGUuDru

Do...do they know the lyrics of the song they’re dancing to? RATM is the literal antithesis of their campaign?? I have to laff, luv 😂 https://t.co/rsokZV2wvc