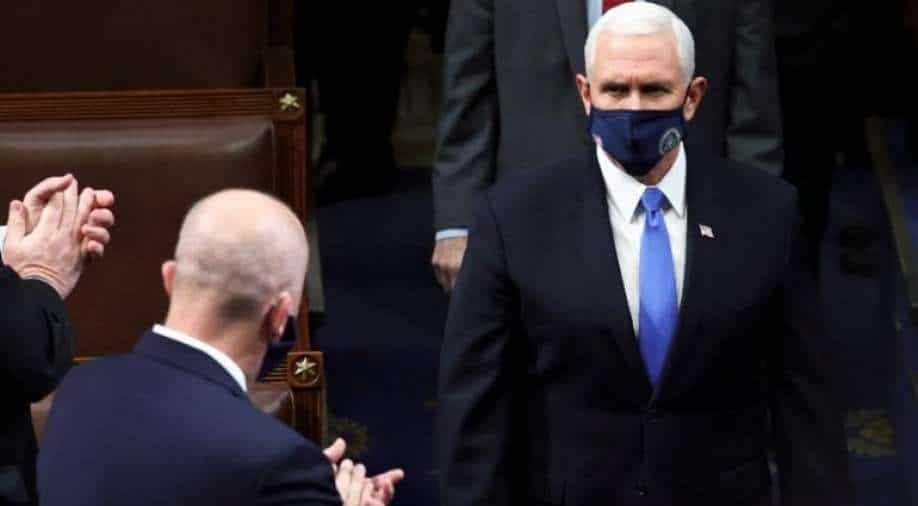 When the supporters of the to-be-impeached US President Donald Trump marched into the Capitol Building with the aim to destroy government property and the concept of democracy, many of them had also entered with the mindset of executing Vice President Mike Pence.

The outgoing VP was present in the Capitol building on Wednesday when the rioters took control of the building. He was present there to confirm the win of the President-elect Joe Biden against the Republican candidate and former reality TV star Donald Trump.

When the rioters started pouring in — with alleged help of the Capitol security — the VP was rushed to safety as chants of 'Hang Mike Pence' echoed in the halls of one of the safest buildings in the US.

As soon as the Capitol was secured, Mike Pence completed his task of officially certifying the victory of Joe Biden. Since the announcement, the Pro-Trump rioters — who were already turning against the VP — started demanding execution of Pence.

When the rioters could not find and fulfil their ill-formed dreams in the real life, they took to Twitter to express their wish to hang Mike Pence, and soon the phrase started trending on Twitter.

However, Twitter was quick to respond to the virtual death threats to the VP and the social media giant took conscious steps to block any such phrase from trending on their platform.

"We blocked the phrase and other variations of it from trending," a Twitter spokesperson said. "We want trends to promote healthy discussions on Twitter. This means that at times, we may prevent certain content from trending. As per our Help Center, there are rules for trends — if we identify accounts that violate these rules, we’ll take enforcement action."

Since then, the local media has also reported that there has been no communication between the President and the Vice President since Pence certified Biden's win in the recently-concluded US election.

Trump critics have also accused him of being a part of — and motivating — the series of death threats against Pence by inciting violence among the rioters and openly criticising Pence for carrying out his duty.