Turkey, Russia agree on ceasefire plan for all of Syria, rebels say no official truce yet 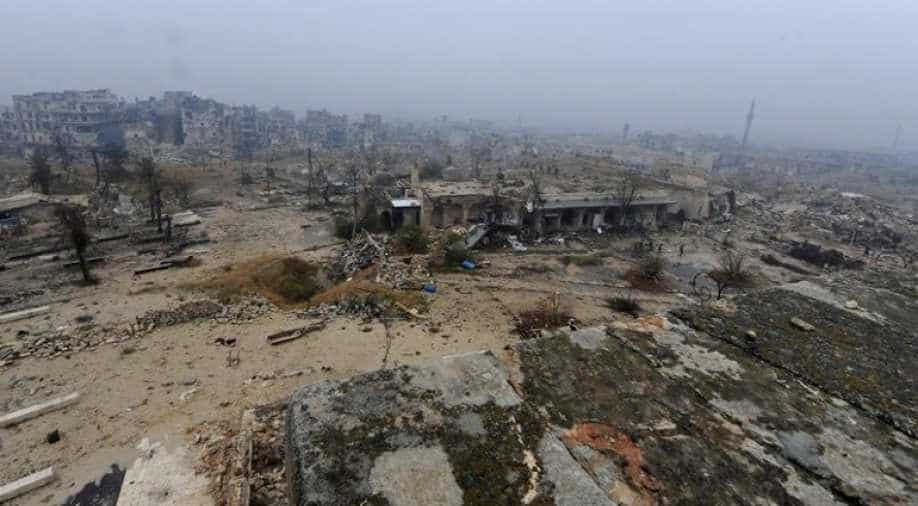 The plan aims to expand a ceasefire in the city of Aleppo, brokered by Turkey and Russia earlier this month. Photograph:( AFP )

Turkey and Russia have agreed a ceasefire for all of Syria that should come into force at midnight, Turkish state media said Wednesday, but rebel groups said no such official truce had been agreed.

The state-run Anadolu news agency said the plan aims to expand a ceasefire in the city of Aleppo -- brokered by Turkey and Russia earlier this month to allow the evacuation of civilians -- to the whole country.

If successful, the plan would form the basis of upcoming political negotiations between the Damascus regime and the opposition, overseen by Russia and Turkey in the Kazakh capital Astana, it added.

But in a speech in Ankara after the report was published, President Recep Tayyip Erdogan made no reference to the plan, while Kremlin spokesman Dmitry Peskov said he could not answer on an issue "about which I don't have enough information."

A Syrian rebel source, who asked not to be named, told AFP in Beirut that details still had to be submitted to opposition fighters and said there was no agreement yet.

"The armed revolutionary factions have not received any official proposal for a ceasefire in Syria," Labib Nahhas, head of foreign relations for the powerful Ahrar al-Sham rebel group added on his official Twitter account.

"News talking about their approval of a ceasefire is incorrect."

Anadolu said both sides were working for it to come into force at midnight but gave no further details.

Ankara and Moscow have been on opposing sides in the Syrian civil war, with Turkey seeking the ouster of President Bashar al-Assad, who is backed by Russia and Iran.

But the two countries have recently started to cooperate more closely on Syria, especially after a deal in the summer to normalise ties battered by Turkey's shooting down of a Russian warplane last year.

Turkey remained conspicuously quiet as Assad's forces, backed by Russia, took control last week of Aleppo in the biggest defeat so far for the rebels in the civil war. Ankara has also hosted a succession of closed door talks between Russia and Syrian opposition rebels over the last weeks

Qatar-based channel Al-Jazeera said a new meeting is planned on Thursday in Ankara, this time between military representatives of Syrian rebels and Russia.

No date has yet been set for the Astana talks and Russian foreign ministry spokeswoman Maria Zakharova said the meeting was still at the planning stage. She emphasised that the talks were not intended to replace the peace process based in Geneva which has sought to find a solution for the Syrian conflict.

But the direct involvement of Turkey and Russia comes as Erdogan is increasingly expressing impatience at the role of the United States in Syria. Previous ceasefire plans had been brokered by US Secretary of State John Kerry and Russian counterpart Sergei Lavrov. They met with only temporary success and failed to lead to a solution for the conflict.

It remains unclear how the latest ceasefire plan will apply to Fateh al-Sham, formerly the Al-Qaeda affiliate Al-Nusra Front, which has worked more closely with the rebels since changing its name.

Erdogan had on Tuesday launched one of his most bitter attacks yet on US and Western policy in Syria, which he said was marked by broken promises.

He accused the West of not just supporting Kurdish militia that Ankara regards as a "terror group" but even Islamic State (IS) jihadists. The Turkish strongman said the West was failing to back Turkey's own incursion inside Syria in support of pro-Ankara fighters to oust IS from the border area, which has taken increasing casualties in recent weeks.

But in an angry statement, the US embassy in Ankara rejected the "considerable misinformation circulating in Turkish media" about US operations against IS in Syria.

"Assertions the United States government is supporting Daesh (IS) are not true," it added. In continued bloodshed, air strikes carried out by unidentified aircraft killed at least 22 civilians, including 10 children, in a village held by IS in Deir Ezzor province, the Syrian Observatory for Human Rights said.

Syria's conflict began in 2011 as an uprising against Assad but quickly morphed into a civil war after the regime unleashed a brutal crackdown against dissent.

The war has killed more than 310,000 people and forced millions more to flee their homes.