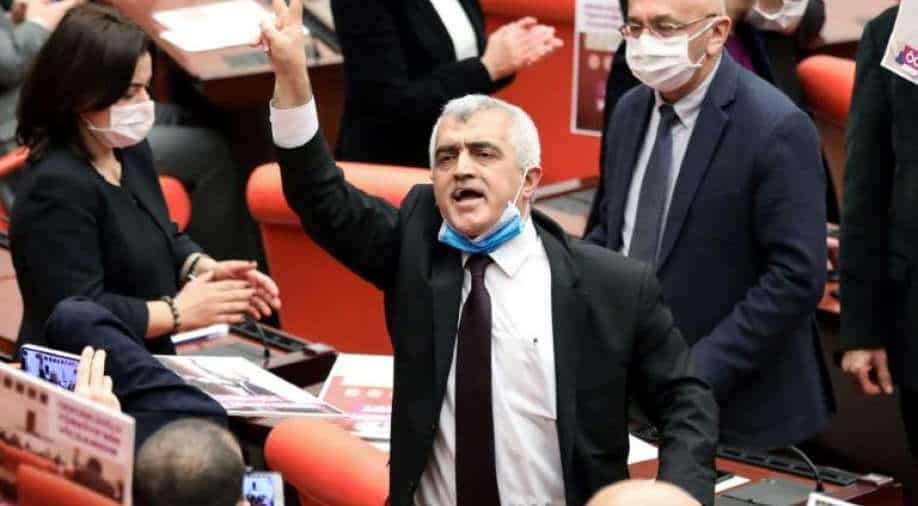 Turkey's pro-Kurdish party was fighting for its political survival on Wednesday after a prosecutor asked the country's top court to shut it down for alleged links to militants waging a deadly insurgency against the state.

The PKK has been waging an insurgency since 1984 that has killed tens of thousands and is recognised as a terrorist organisation by Ankara and its Western allies.

But the HDP firmly denies formal links to the militants and says it is coming under attack because of its fervent opposition to Erdogan's 18-year rule.

Wednesday's request to ban the party came from a Supreme Court prosecutor who is investigating the HDP.

Prosecutor Bekir Sahin alleged that the HDP "was acting together with PKK terrorists and affiliated organisations, acting as an extension of such organisations".

He added that such activity threatened "to destroy the indivisibility between the state and the people", the Anadolu state news agency reported.

The party condemned the indictment as a "heavy blow to democracy" and called on its supporters to resist.

"We call on all the democratic forces, the social and political opposition, and on our people to join a common fight against this political coup," it said in a statement.

The United States chimed in with its concerns, saying a ban of the party would "further undermine" democracy in Turkey.

"We call on the government of Turkey to respect freedom of expression in line with  protections in the Turkish constitution and with Turkey's international obligations," State Department spokesman Ned Price said in a statement.

The Constitutional Court could theoretically throw out the prosecutor's petition and not put the HDP on trial.

But Western governments question the Turkish justice system's independence and accuse Erdogan of using the courts as a political bludgeon aimed at suppressing dissent.

The Turkish lira lost more than 1.5 percent against the dollar immediately after the indictment was issued on apparent worries about a new bout of tensions between Erdogan's government and the West.

The political and legal assault on the HDP intensified after a shaky truce between the militants and Erdogan's government broke down in 2015.

It grew even stronger after Erdogan survived a failed coup bid in 2016 that was followed by a political crackdown that saw tens of thousands jailed or stripped of their state jobs.

Those detained included two former HDP co-chairs who were jailed in 2016 and face decades in prison.

The Turkish prosecutor's request to ban the party was carried by state media while HDP lawmakers staged a sit-in protest in parliament over the expulsion of one of their members.

Parliament had earlier Wednesday decided to strip MP Omer Faruk Gergerlioglu of his seat, and its accompanying immunity from prosecution, over a social media post that could put him behind bars for 2.5 years.

The offending post featured an article in which the Kurdish militants urged the government to take a step toward peace.

The HDP's parliamentary group co-chair Meral Danis Bestas said Gergerlioglu had become the 14th party lawmakers to have been stripped of his immunity since 2016.

"You cannot do as you please with MPs elected by the people," her fellow co-chair Saruhan Oluc told reporters.

Gergerlioglu has long irritated Erdogan's government by shining a light on a variety of human rights violations that often go ignored by the mainstream Turkish media.

Human Rights Watch (HRW) noted that Gergerlioglu's offending posts did not promote violence and that he was stripped of his seat before the Constitutional Court had a chance to review his appeal.

HRW's Turkey director Emma Sinclair-Webb called it "a shocking attack on democratic norms and the rule of law, a violation of Turkey's constitution, laws and obligations under international law."