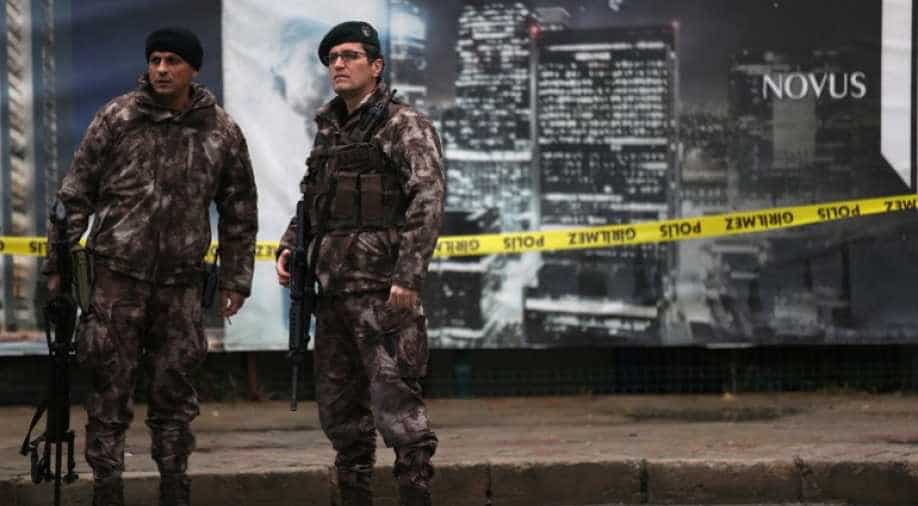 Authorities say that the militants' plan for a bigger attack, as indicated by the weapons seized from them, was foiled when they were caught at a security check point. Photograph:( AFP )

Eighteen people were detained in Turkey on Friday and the justice minister blamed Kurdish militants for the attack that killed two in Izmir city.

"All the information we have obtained show it was the PKK (Kurdistan Workers Party) terrorist organisation who gave instructions for the attack and that the terrorists were from the PKK," he said.

The attack killed a police officer and a court employee and wounded nine. Militants detonated a car bomb in a clash with police outside the main courthouse in Turkey's third largest city on Thursday after they were stopped at a checkpoint. There was no immediate claim of responsibility for the attack.

Authorities say that the militants' plan for a bigger attack, as indicated by the weapons seized from them, was foiled when they were caught at a security check point.

A security source told Reuters police had shot dead two attackers following the blast, and the state-run Anadolu news agency said they were searching for a third.

Justice minister Bekir Bozdag on Friday said that the two assailants have been identified and a search for their accomplices was under way.

Hundreds in Izmir's main Alsancak square protested over the attack, holding up banners that read, "We are not afraid."

The bombing comes less than a week after a gunman shot dead 39 people at a nightclub in Istanbul on New Year's Day in an attack claimed by Islamic State. The gunman is still at large.