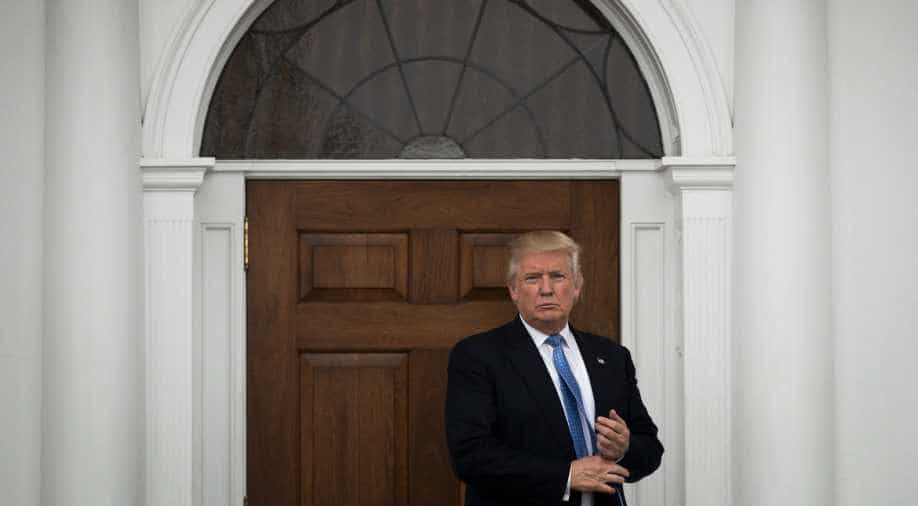 With the recount threatening to revive debate about the legitimacy of Trump's victory, Trump aides pushed back hard on Sunday. Photograph:( Getty )

President-elect Donald Trump and his top aides on Sunday doubled down on their criticism of Hillary Clinton's camp for joining a vote recount in Wisconsin, terming the decision "ridiculous" and "a waste of time."

With the recount threatening to revive debate about the legitimacy of Trump's victory - Clinton won far more popular votes, while he carried the all-important Electoral College count - Trump aides pushed back hard on Sunday, even while continuing to wage an extraordinarily public battle over the makeup of the future cabinet.

In his latest early-morning Twitter storm, Trump quoted Clinton about the need to respect the electoral process, calling the presidential vote recount "sad." It is time for people to accept the November 8 result and move ahead, he said on Saturday.

Trump's top aide Kellyanne Conway appeared on Sunday to at least hint that if the Clinton team pushes too hard on the recount, the president-elect might rethink his vow not to seek Clinton's prosecution for using a private email server when she was secretary of state.

While Trump was being "magnanimous" toward Clinton, "I guess her attitude towards that is to have her counsel go and join this ridiculous recount," Conway said on ABC.

And Reince Priebus, Trump's chief of staff, said that while the president-elect is not "seeking methods and ways to persecute and prosecute Hillary Clinton," Trump would probably be "open to listening" should any new findings against her emerge from future investigations.

There was no immediate reaction from the Clinton team, but Bernie Sanders, Clinton's Democratic rival in the primary race and now a member of the Senate leadership, defended the recount.

"The Green Party has the legal right to do it," he said on CNN. "We have recounts probably almost every election. No one expects (there) to be profound change."

The recount was requested by Green Party candidate Jill Stein, who received a minute fraction of the total vote in Wisconsin. Clinton's campaign has said it would join the process despite having seen no irregularities in the White House contest so far.

Marc Erik Elias, an election lawyer for the Democratic candidate, said in a post on Medium.com on Saturday that the campaign would also participate in recounts in the closely contested states of Michigan and Pennsylvania if they are arranged.

Most election experts see almost no chance the election outcome could be reversed -- Clinton trails in each state by several thousand votes.

Trump won Michigan, Pennsylvania and Wisconsin by a total of just over 100,000 votes, even while compiling many more than the 270 votes needed for victory in the Electoral College.

Trump on Saturday dismissed the recount movement as "a scam by the Green Party for an election that has already been conceded."

But the dispute continued to roil what has already been a rough transition period, as serious signs of internal discord over cabinet picks again emerged on Sunday.

The main source of discord appears to be the position of secretary of state, with some in the Trump camp supporting Mitt Romney, the 2012 Republican presidential nominee, as a more mainstream choice while others favor the more divisive former New York mayor Rudy Giuliani.

In what political analysts considered a highly unusual public airing of those tensions from within the Trump team, Conway last week tweeted that she had received "a deluge" of concern from people warning against Romney.

Asked about that on Sunday, she told NBC that she was not "campaigning" against Romney but was "just astonished at the breathtaking volume and intensity of blowback" to a possible Romney nomination.

"People feel betrayed to think that Governor Romney, who went out of his way to question the character and the intellect and the integrity of Donald Trump... would be given the most significant cabinet post of all."

Trump supporters were infuriated in March when the former Massachusetts governor delivered a passionately worded attack on Trump on the part of the Republican Party's establishment, calling him a "fraud," given to "absurd third-grade theatrics."

However, the two seemed to have put their differences behind them when they met on November 19 to discuss a possible cabinet position.

Romney's supporters say he would bring deep experience in politics and government to the cabinet of a president with scant experience in either.