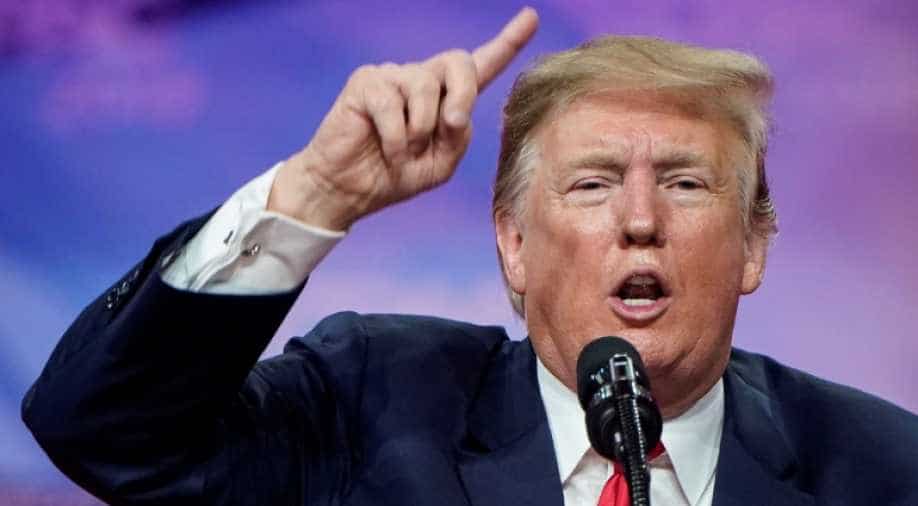 'I said, 'General: come here and give me a kiss.' I felt like Joe Biden,' Trump said, drawing laughter and applause.

US President Donald Trump took a shot on Tuesday at former Vice President Joe Biden, a possible Democratic rival in the 2020 race for the White House, mocking him over allegations of unwanted physical contact with women.

In a speech to a fundraising dinner for the National Republican Congressional Committee, Trump twice alluded to the allegations from two women that are hanging over Biden as he weighs whether to enter the contest to become the Democratic candidate in November 2020 presidential elections.

A former Nevada state legislator last week accused Biden of kissing her on the back of the head at a 2014 event, and a Connecticut woman said Biden rubbed noses with her at a 2009 event. Biden has said he did not believe he ever acted inappropriately, and his defenders have said he is known for hugging and being physically affectionate.

In wide-ranging remarks that meandered for more than 80 minutes but often circled back to the 2020 race, Biden was the only potential rival Trump mentioned by name - a sign that he would view Biden as a strong challenger, was he to enter and win the Democratic race.

Biden was vice president under President Barack Obama and had a long career in the Senate before that. He had been expected to announce his bid for the Democratic primary race this month and has led the large field of Democratic hopefuls in opinion polls.

Trump told the dinner, which raised $23 million for Republicans running for the House of Representatives, a story about wanting to kiss a general he met in Iraq who had promised an expedient end to a campaign against Islamic State militants in Syria.

"I said, 'General: come here and give me a kiss.' I felt like Joe Biden," Trump said, drawing laughter and applause.

Earlier, he told the crowd - which was dotted with members of the House - that they would be "going into the war with some socialists" in the next election.

"It looks like the only non-, sort of, heavy socialist is being taken care of pretty well by the socialists," Trump said.

One of Biden's accusers has been a supporter of Senator Bernie Sanders, who has already entered the Democratic primary race, and whose views are to the left of Biden.

Trump struggled during his 2016 run for office with multiple accusations of unwanted sexual contact from women, particularly after videotaped remarks emerged of Trump bragging about groping women.

Biden, while campaigning for Trump's Democratic opponent Hillary Clinton, had said he would like to take Trump "behind the gym" to beat him up for the comments.