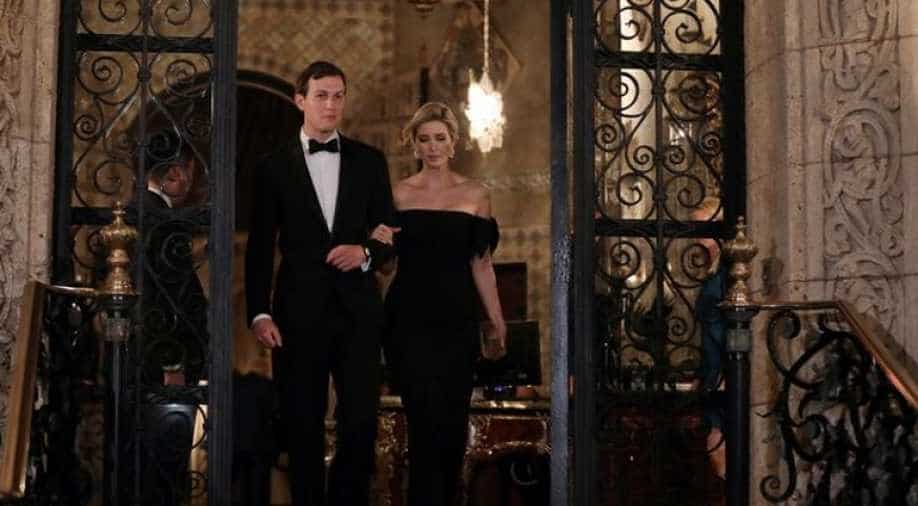 US President Donald Trump continues to come under fire for his links with Russia.

His attorney general Jeff Sessions is currently under pressure to resign after it came to light that he met with the Russian ambassador before the election. At his Senate confirmation hearings, Sessions said he had had no contact with the Russians.

Trump's first-choice National Security Adviser Michael T Flynn has already had to resign. Flynn lasted only 24 days in the job after it was reported that he met with the Russian ambassador.

Flynn had telephoned the ambassador after sanctions were imposed on Russia by the Obama administration, telling him that his country should not retaliate against the sanctions. And that they would be revoked under the Trump administration.

It has now come to light that Trump's son-in-law and adviser Jared Kushner was also part of that meeting.

US President Donald Trump's son-in-law Jared Kushner and his former national security advisor Michael T Flynn together met the Russian ambassador in December to "establish a line of communication" between the new administration and the Russian government, The New York Times quoted the White House as saying on Thursday.

Jared Kushner had met Russian ambassador Sergey I Kislyak at the Trump Tower in December, The New Yorker reported this week.

Asked about the meeting by a New York Times reporter, a White House spokeswoman, Hope Hicks, confirmed on Thursday that Michael Flynn was also present at the meeting which lasted for 20 minutes at the Trump Tower.

The meeting in December came at a crucial time when then President Barack Obama was preparing to sanction Russia and publicly make the case that Moscow had interfered with the 2016 election, the New York Times report said.

It added that the incoming Trump administration was simultaneously striking a conciliatory pose toward Moscow in a series of meetings and phone calls involving the Russian ambassador.

Flynn was fired from the post of national security advisor by Trump for misleading officials about the nature of his telecommunications with Russian diplomats.

In January, when questioned about Flynn’s contacts with Kislyak, the White House said that there had been only a text message and a phone call between the men at the end of December and the communications happened before the US sanctions. This was quickly contradicted by news reports.

Flynn later changed his story, and the White House acknowledged the two men had discussed the sanctions and ways of resolving the hostilities between the two countries -- which reached a new high after news of Russia meddling in the US elections -- once Trump was in office.

Flynn's to fully disclose the nature of the calls with Kislyak ultimately cost him his job and he was asked to resign by Trump.

The contacts raise questions about the White House's statements that it knew of no further contacts with Russian officials beyond those by Flynn.

US Attorney General Jeff Sessions is also in the centre of a storm after the Washington Post reported on Wednesday that he met with the Russian ambassador in July and September just as accusations of Russian interference in the election were mounting.

The revelations have cast a cloud over President Donald Trump's administration -- which has repeatedly denied any suspected ties between members of his election team and Russia -- which US intelligence says interfered in the 2016 campaign against Hillary Clinton.