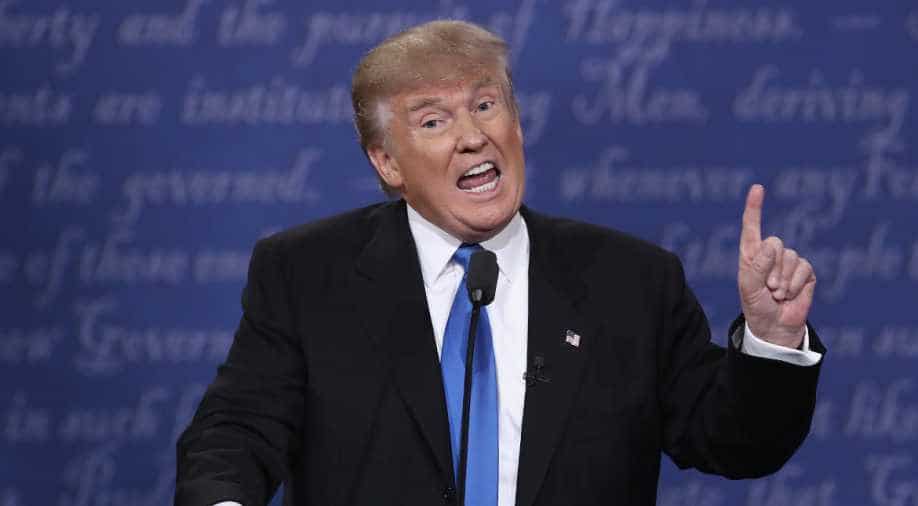 US President-elect Donald Trump on Saturday said that "million of illegal" ballots stopped him from winning the popular vote in the 2016 presidential elections.

He tweeted: "In addition to winning the Electoral College in a landslide, I won the popular vote if you deduct the millions of people who voted illegally."

In addition to winning the Electoral College in a landslide, I won the popular vote if you deduct the millions of people who voted illegally

If the election were based on total popular vote I would have campaigned in N.Y. Florida and California and won even bigger and more easily

Before the elections, Trump had suggested that the results might be manipulated.

Neither he nor any of his aides has offered any evidence of the "millions" alleged to have voted illegally, nor did Trump explain why he would oppose a recount if illegal voting was such a serious problem, reported news agency AFP.

Trump's rival, Hillary Clinton, had won more popular votes. He further criticised the recount of votes in Wisconsin state, calling it a "waste of time".

Trump and his aides pushed back hard on Sunday as the calls for recount threaten the legitimacy of Trump's win.

In a series of tweets he quoted Clinton about the need to respect the electoral process, while continuing to wage an extraordinarily public battle over the makeup of his future cabinet, AFP said.

Very organized process taking place as I decide on Cabinet and many other positions. I am the only one who knows who the finalists are!

Hillary Clinton conceded the election when she called me just prior to the victory speech and after the results were in. Nothing will change

Trump's top aide Kellyanne Conway suggested on Sunday that the president-elect might rethink his decision of not pursuing Clinton's prosecution if her campaign pushes too hard for the recount.

Clinton's campaign has said it would join the process even though they have found no evidence of the results being manipulated in Trump's favour.

Conway said on ABC that while Trump was being "magnanimous" toward Clinton, "I guess her attitude towards that is to have her counsel go and join this ridiculous recount," reported AFP.

Reince Priebus, Trump's chief of staff, said that while the president-elect is not "seeking methods and ways to persecute and prosecute Hillary Clinton", Trump would probably be "open to listening" should any new findings against her emerge from future investigations.

Some pundits caution that Trump's claim that millions of voters voted illegally should be taken as a warning sign of a potential future clamp down on voting rights under his administration.

The Trump voting tweet may be more than an ego spasm. It may also be a warning that voting is about to be made more difficult for millions

Bernie Sanders, Clinton's Democratic rival in the primary race and now a member of the Senate leadership, defended the Green Party's "legal right" to file for recount.

"We have recounts probably almost every election. No one expects (there) to be profound change," he said on CNN. Most election experts do not expect the outcome to change dramatically.

Trump won Michigan, Pennsylvania and Wisconsin by a total of just over 100,000 votes, even while compiling many more than the 270 votes needed for victory in the Electoral College.