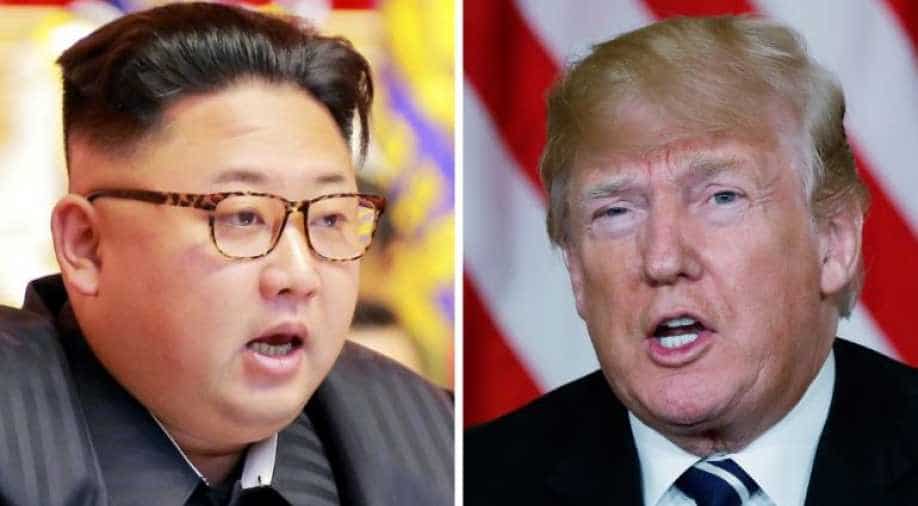 US&nbspPresident Donald Trump said the North Korean nuclear crisis is far from conclusion on Sunday, striking a cautious note a day after the North`s pledge to end its nuclear tests raised hopes before planned summits with South Korea and the United States.

North Korea said on Saturday it was suspending nuclear and missile tests and scrapping its nuclear test site, and instead pursuing economic growth and peace ahead of planned summits with South Korea and the United States.

"We are a long way from conclusion on North Korea, maybe things will work out, and maybe they won’t - only time will tell....But the work I am doing now should have been done a long time ago!" Trump said on Twitter.

World leaders welcomed the announcement about the end to nuclear tests including Trump, who in an earlier tweet Sunday called North Korea's statement a pledge to denuclearize: "Wow, we haven’t given up anything & they have agreed to denuclearization (so great for World), site closure, and no more testing!"

However, Kim's announcement did not include a commitment to scrap existing nuclear weapons and missiles, and there are doubts he would ever give up the nuclear arsenal his country has been developing for decades.

Some have expressed doubts about the North's intentions and South Korean President Moon Jae-in will be under intense international scrutiny when he meets North Korean leader Kim Jong Un on Friday.

"North Korea has a long history of raising the issue of denuclearisation and has committed to freeze its nuclear weapons programmes in the past. We all remember how those pledges and commitments went down over past decades," said Nam Sung-wook, a professor of North Korean Studies at Korea University in Seoul.

"Although the North's announcement is quite dramatic, it's natural for the world to be extra sensitive to every word spoken by Kim."

Kim said North Korea no longer needed to test nuclear bombs or intercontinental ballistic missiles now that his country had the weapons, and he would gear all efforts toward economic development.

Moon, who welcomed Kim's announcement as a "major" step toward denuclearisation, is making the summit his sole focus this week, staying in the presidential Blue House to prepare with no outside engagements, a Blue House official said on Sunday.

South Korea's presidential security service met officials from the military as well as the UN&nbspCommand on Saturday to discuss security at the border truce village of Panmunjom, where the inter-Korean summit will take place, the official said.

For the past few weeks, South Korea has been renovating Peace House, on its side of Panmunjom, to prepare for the summit with Kim, who will be the first North Korean leader to set foot in the South since the 1950-1953 Korean War.

On Monday, the two Koreas will hold another round of working-level talks at the Tongil Pavilion on the North Korean side of Panmunjom to discuss protocol, security and media coverage of the summit.

Moon now has a direct phone link with Kim on his office desk, instead of having to communicate through a hotline at the Joint Security Area in Panmunjom, which had been the main channel between the two sides over the Winter Olympics in February.

The two leaders are expected to talk over the newly installed phone for the first time this week, before the summit, South Korea said on Friday.

A senior US&nbspdiplomat for East Asia, Susan Thornton, called North Korea's latest announcement "a very positive step" as she started a three-day visit to Seoul on Sunday, which will include meetings with South Korea's foreign minister as well as its top nuclear negotiator.

"We are going to be doing a lot of close coordination with South Korea, allies and partners this week," the Yonhap news agency quoted her as saying.

Earlier, Trump called North Korea's offer to freeze testing and close its only known nuclear testing site "very good news" and "big progress", while South Korea said it signified "meaningful" progress that would create good conditions for successful summits with it and later with the United States.

Kim is expected to meet Trump in late May or early June, the first meeting between sitting leaders of the two countries.

US&nbspofficials say North Korea had in the past repeatedly reneged on denuclearisation agreements, the latest in 2012 when the North launched a long-range rocket after agreeing to a moratorium on missile testing.

Cheong Seong-chang, senior research fellow at the Sejong Institute think-tank, said a firm commitment to denuclearise could not be expected before negotiations with the United States began.

"Kim cannot give up everything at once. What is clear is that he is showing his earnest willingness to pave the way for smooth negotiations," Cheong said.