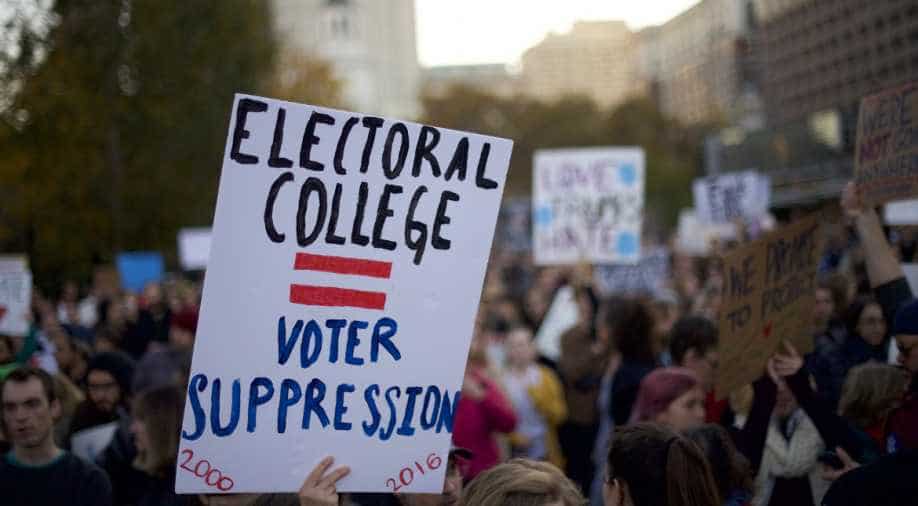 Donald Trump in 2012 stated on Twitter that the electoral college was a "disaster for democracy", but his opinion has reversed itself ever since being elected the next US president despite losing the popular vote.

That feeling when the system is rigged, but then you realize it's rigged in a way that benefits you pic.twitter.com/rCCCjUzEPr

On Tuesday, Trump said that the electoral college was "actually genius".

Trump appeared sensitive against the charge that his presidency isn't a reflection of the will of the American populace, and defended himself for winning the presidency even though more Americans voted for Hillary Clinton

If the election were based on total popular vote I would have campaigned in N.Y. Florida and California and won even bigger and more easily