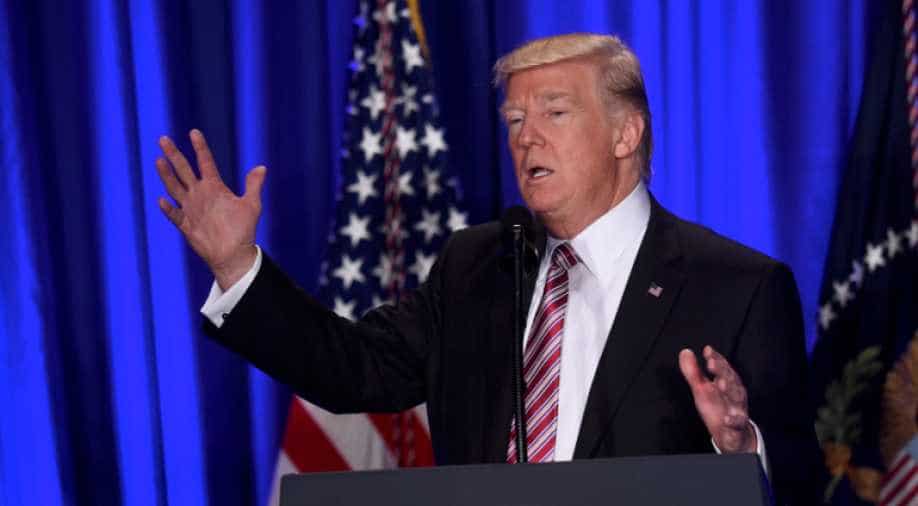 Trump said, "I have great respect for Mexico. I love the Mexican people." Photograph:( PTI )

US President Donald Trump has said that he had an hour-long phone conversation with his Mexican counterpart Enrique Pena Nieto on bilateral trade and the contentious wall issue, a day after the two had a blowup over who would foot the bill for the proposed border.

"I will say that we had a very good call. I have been very strong on Mexico. I have great respect for Mexico. I love the Mexican people. I work with the Mexican people all the time. Great relationships. But Mexico has out negotiated us and beat us to a pulp through our past leaders," Trump told reporters at a joint news conference with visiting British Prime Minister Theresa May.

"They've made us look foolish. We have a trade deficit of $60 billion with Mexico. On top of that, the border is soft and weak, drugs are pouring in, and I'm not going to let that happen," he said, adding that he talked with his Mexican counterpart for about an hour this morning.

"We are going to be working on a fair relationship and a new relationship. But the United States cannot continue to lose vast amounts of business, vast amounts of companies, and millions and millions of people losing their jobs. That won't happen with me. We're no longer going to be the country that doesn't know what it's doing," Trump said in response to a question.

"But I'm representing the people of the United States and I'm going to represent them as somebody should represent them, not how they've been represented in the past where we lose to every single country," Trump said. Meanwhile, the Mexican government said that President Pena Nieto and Trump had agreed to stop making public statements about the US leader's border wall plan and will seek to resolve differences as part of bilateral talks.

"With regard to the payment of the border wall, both presidents acknowledged their clear and very public differences in position on this sensitive issue," the Mexican statement said.

"The presidents also agreed at this point not to speak publicly about this controversial issue," it added.

The White House statement included near identical language on the border wall, but didn't mention a pledge not to speak publicly about the issue. On Thursday, Trump had tweeted that If Mexico is unwilling to pay for the badly needed
wall, then it would be better to cancel the upcoming meeting between him and Pena Nieto.

The Mexican President reacted, saying, "I've said time and again: Mexico won't pay for any wall." He later cancelled his trip to Washington planned for January 31.