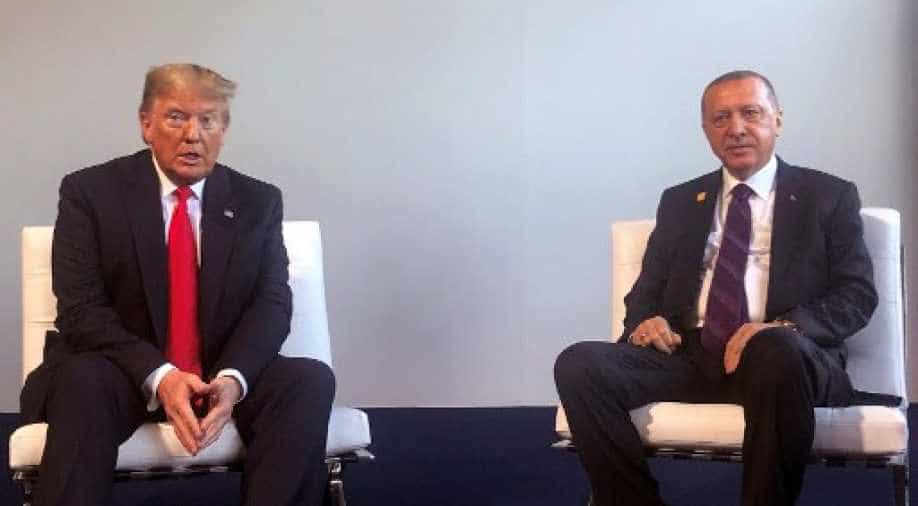 During the joint press conference, Macron accused Turkey of working with ISIS-linked groups in Syria.

US President Trump met Turkey President Erdogan on the sidelines of the NATO summit in a one-to-one bilateral meeting.

The meeting of President Trump with the Turkish president was not on the US president's published agenda.

Trump and Macron had openly clashed over NATO's future with US president calling Macron's "brain dead" remark on NATO as "very insulting". "Nobody needs NATO more than France," he warned. "It's a very dangerous statement for them to make."

During the joint press conference, Macron accused Turkey of working with ISIS-linked groups in Syria.

"The common enemy today are the terrorist groups, as we mentioned, and I'm sorry to say that we don't have the same definition of terrorism around the table," Macron told reporters with President Trump by his side.

"When I came in, I was angry at NATO, and now I've raised $130 billion," Trump said later on Tuesday, adding,"And yet you still have many delinquents - you know I call them delinquent when they're not paid up in full."

"With joy, we will come together and have talks on this issue," Erdogan said at a press conference in Ankara before boarding the plane.

"But if terror organisations whom we fight against are not accepted by NATO friends as terror groups, sorry but we will be against all steps to be taken there."