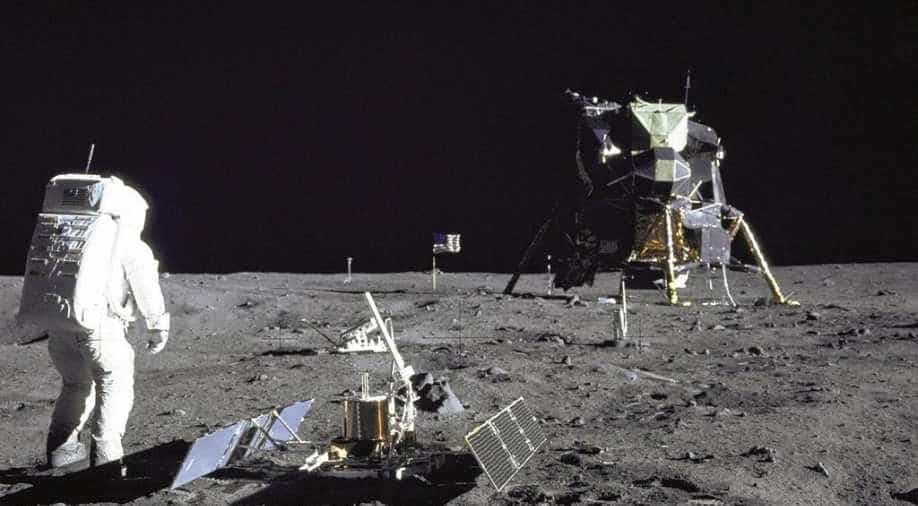 In this file photo, NASA's moon mission can be seen Photograph:( AFP )

Trump wants to divide the moon among countries and firms and allow them to mine the moon and use whatever resources they find.

The world is fighting the coronavirus, scrambling to save lives. But the US is thinking out of the box.

It is busy trying to mine the moon. The White House is preparing the Artemis accords. In other words, a blueprint for mining the moon.

Trump wants to divide the moon among countries and firms and allow them to mine the moon and use whatever resources they find.

Is this even legal? No.

International laws do not allow territorial claims on the moon. But the United States does not seem to care. In 2015, it granted companies the right to resources they mine in outer space.

And now--- in middle of the pandemic-- the Trump administration is finishing some hush-hush paperwork.

The Artemis accords is named after NASA's new Artemis space program. One which calls for putting humans on the moon by 2024 and this is the plan of action.

US officials plan to negotiate the accords in the coming months. On the negotiating table will be some 'like-minded' countries.

Canada, Japan, the UAE will be among them and Russia has been kept out.

Because the Pentagon says Moscow is making threatening satellite manoeuvres.

Surprising-- given Russia is one of NASA's major partners!

Why should the world care about these accords?

One, because the moon is increasingly being viewed as a strategic asset.

Two, the moon is extremely valuable for scientific research.

Three, the moon is critical for all mars-missions.

Four, space is the new warzone.

And the moon is no one's land to sell, lease or rent. China is not happy with the Artemis accords! This is the colonisation of the moon, they say.

Washington is claiming sovereignty over the moon. Too bad, China thought it was the only country exploiting the pandemic.