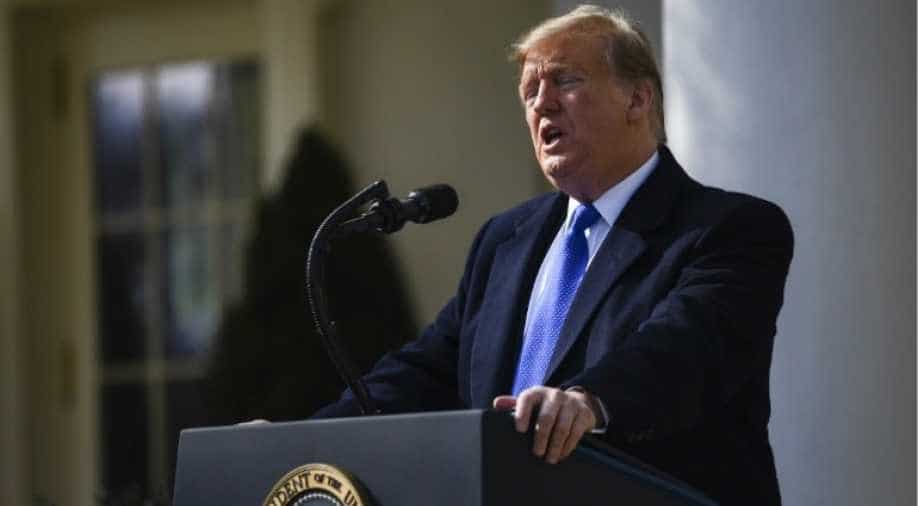 The two leaders will meet in Hanoi on Wednesday and Thursday, eight months after their historic summit in Singapore, the first between a sitting US president and a North Korean leader.

US President Donald Trump has said he would be happy as long as North Korea maintains its pause on weapons testing, and he was in no rush to strike a nuclear deal with its leader, Kim Jong Un, when they hold their second summit this week.

The two leaders will meet in Hanoi on Wednesday and Thursday, eight months after their historic summit in Singapore, the first between a sitting US president and a North Korean leader.

The two leaders pledged to work toward the complete denuclearisation of the Korean peninsula, but their vague agreement has produced few results. US Democratic senators and security officials have warned Trump against cutting a deal that would do little to curb North Korea's nuclear ambitions.

As Kim made his way across China by train for the summit, North Korean state media warned Trump on Sunday not to listen to US critics who it said were disrupting efforts to improve ties.

Trump, speaking in Washington on the eve of his departure for Vietnam, said he believed he saw eye to eye with Kim and that they had developed "a very, very good relationship".

"I'm not in a rush. I don't want to rush anybody," Trump said. "I just don't want testing. As long as there's no testing, we're happy."

North Korea conducted its last nuclear test, its sixth, in September 2017. It last tested an intercontinental ballistic missile in November 2017.

The Trump administration has pressed the North to give up the nuclear weapons programme, which combined with its missile capabilities, pose a threat to the United States, before it can expect any concessions.

But in recent days, Trump has signalled a possible softening, saying he would love to be able to remove sanctions if there is meaningful progress on denuclearisation.

Trump said he and Kim expected to make further progress at the summit and again held out the promise that denuclearisation would help North Korea develop its economy.

He scoffed at critics of his handling of North Korea, and added that Chinese President Xi Jinping has been supportive of US efforts on North Korea.

A South Korean presidential spokesman told reporters in Seoul the two sides might agree to declare a formal end to the 1950-1953 Korean War at the summit.

The war ended in a truce, not a treaty, and the North has long called for a treaty to end it. It also wants security guarantees.

The United States has for years demanded North Korea's complete, verifiable and irreversible denuclearisation, before any concessions will be granted. North Korea denounced that stance as unilateral and "gangster like".

Trump's latest comments would appear to support speculation his administration is open to seeking a limited deal at the summit.

Declaring an end to a technical state of hostilities that has existed since the 1950s, and allowing some inter-Korean projects like opening a tourism zone in North Korea were other possibilities.

US Secretary of State Mike Pompeo told "Fox News Sunday" he hoped for substantial progress this week but North Korea had yet to take "concrete" steps on denuclearisation and another summit might be needed beyond the one in Hanoi.

The New York Times reported Pompeo has conceded in private discussions with Korea experts that he would be lucky if North Korea agreed to dismantle 60 percent of what the United States has demanded. That would still be more than any other administration had achieved, he added.

The State Department declined to comment on the report.

North Korean state media confirmed on Sunday that Kim had left for the summit by train from Pyongyang, accompanied by senior officials as well as his influential sister, Kim Yo Jong.

The Rodong Sinmun newspaper, the official mouthpiece of the ruling Worker's Party, said on Monday the entire nation received news of the leader's long foreign trip with "countless excitement and thrill".

Kim’s train passed through the Chinese city of Wuhan at around 7 am (2300 GMT on Sunday), Yonhap news agency reported.

That would put it on track to arrive in Vietnam by early Tuesday.

Vietnam has released few details about arrangements for the summit including its specific location or timing.