Trump gets only one intelligence briefing a week, far less than Obama 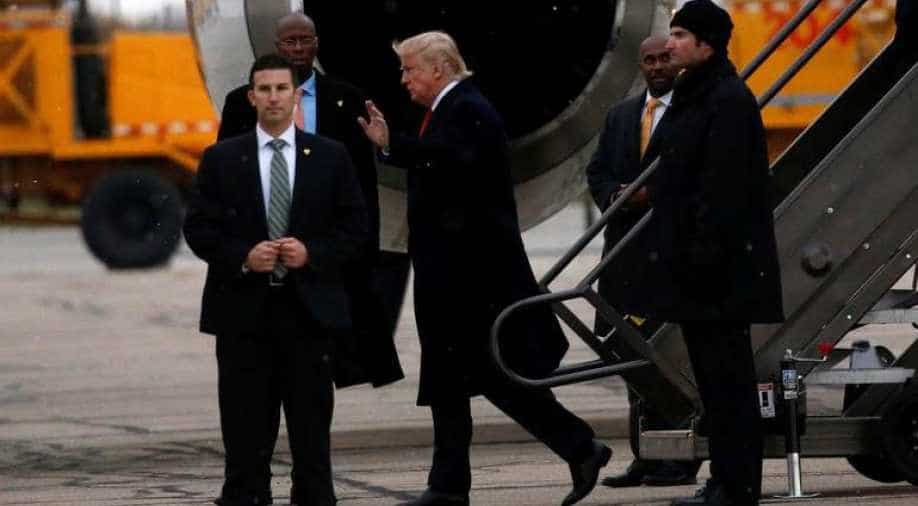 President-elect Donald Trump is receiving an average of one presidential intelligence briefing a week, which is way less than most of his recent predecessors, US officials said.

Presidents-elect have mostly welcomed the opportunity to receive the PDB on a regular basis.

Prepared by intelligence agencies including the CIA, the PDB is the most highly classified and closely held document in the government. They are presented to presidents and their closest aides by representatives of the Office of the Director of National Intelligence (ODNI).

Former Central Intelligence Agency briefer David Priess told AFP that Trump and Pence's predecessors used to sit for "daily or near-daily intelligence briefings" between their election and their inauguration.

It was not immediately clear why Trump has decided not to receive the intelligence briefings available to President Barack Obama more frequently, or whether that has made any difference in his presidential preparations.

Trump's spokespeople did not immediately respond to requests for comment, AFP reported.

Trump's casual attitude to the briefings invited criticism from Representative Adam Schiff, the top Democrat on the House Intelligence Committee.

"It is deeply disturbing that the president-elect has time for rallies but not for regular intelligence briefings," Schiff said.

The president-elect has asked for at least one briefing, and possibly more, from intelligence agencies on specific subjects, one of the officials said. He declined to identify what subjects interested the president-elect, but said that so far they have not included Russia or Iran.

During the run-up to the November 8 presidential election, Trump and a handful of advisers received at least two briefings from intelligence officials about broad national security issues.

However, the pre-election briefings did not include the kind of secrets that are included in the PDBs that Obama, Trump and Pence now have access to. Such secrets include information about US espionage sources and covert operations overseas.

The briefings are not compulsory. Priess said that after his first election, Richard Nixon spurned face-to-face briefings, so paper PDBs were delivered to his office, only for a "stack" of them to be later returned to the CIA, unopened.

Trump on hacking during US elections

During and after the election campaign, Trump raised questions about the intelligence on hacking of US political institutions.

He has, however, repeatedly dismissed suggestions that Russia was behind the efforts, telling Time magazine earlier this week: "I don't believe they interfered ... It could be Russia. It could be China. And it could be some guy in his home in New Jersey."

In a statement on October 7, ODNI and the Department of Homeland Security expressed confidence that the Russian government had "directed" hacking into "emails from US persons and institutions" that was "intended to interfere with the US election process".