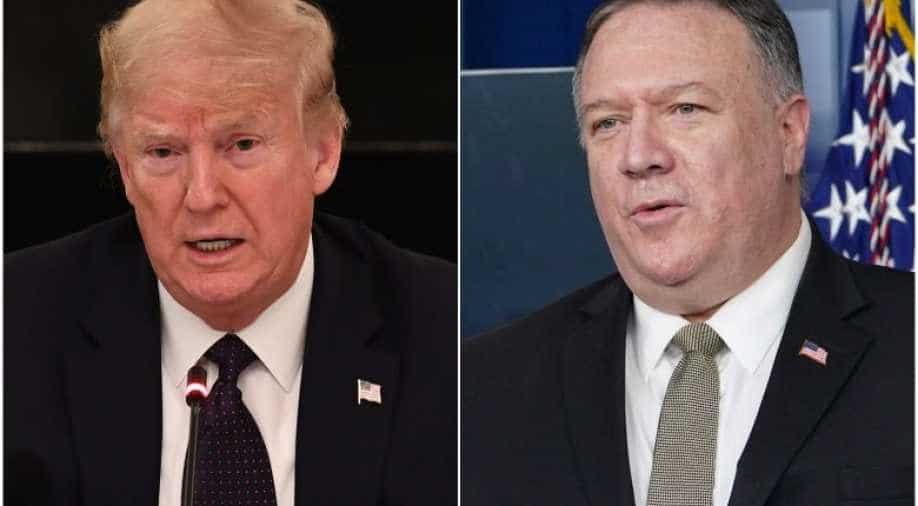 Pompeo confirmed that he had recommended Linick's removal for 'undermining' the state department, but said he did not know that the inspector general was investigating him.

Steve Linick, the agency's inspector general, was investigating Secretary of State Mike Pompeo for staff misuse and arms deal with Saudi Arabia. Trump fired had fired him on Friday.

Earlier, Pompeo had denied seeking to fire him in "retaliation" for an investigation.

Pompeo confirmed that he had recommended Linick's removal for "undermining" the state department, but said he did not know that the inspector general was investigating him.

"I went to the president and made clear to him that Inspector General Linick wasn't performing a function in a way that we had tried to get him to, that was additive for the state department, very consistent with what the statute says he's supposed to be doing," he said.

He is the fourth inspector general (IG) to be fired by Trump in four weeks, and the move sparked outcry from Democrats, who claimed Linick was fired for political reasons.

According to Democratic congressional aides, Linick had nearly completed an investigation into a highly controversial decision by Trump and Pompeo last May to approve $8bn in arms sales to Saudi Arabia and the United Arab Emirates without consulting Congress, on the grounds that the regional threat posed by Iran constituted a national emergency.