Tornadoes rip through US state of Alabama killing at least 5 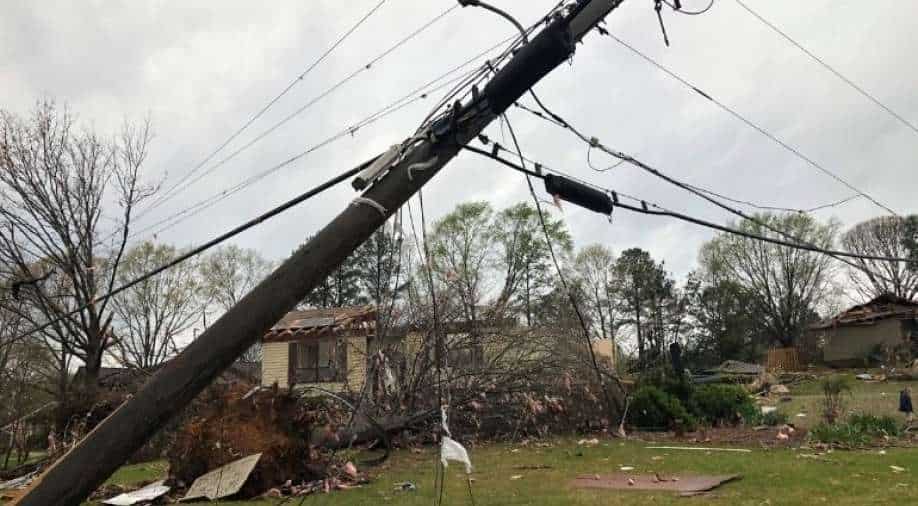 Damage is seen after tornadoes tore through Pelham, Alabama, US March 25, 2021 Photograph:( Reuters )

Five people were killed in Ohatchee, a town of 1,200 people in northwestern Alabama

Multiple tornadoes wreaked havoc in Alabama, US on Thursday causing the death of at least five people and ripping through neighbourhoods.

Five people were killed in Ohatchee, a town of 1,200 people in northwestern Alabama. In addition, many homes were destroyed and trees downed. Many places also lost electricity to the tornado, as stated by the Calhoun County Emergency Agency.

The victims have not been identified yet, and rescue operations are currently on to look for additional casualties. 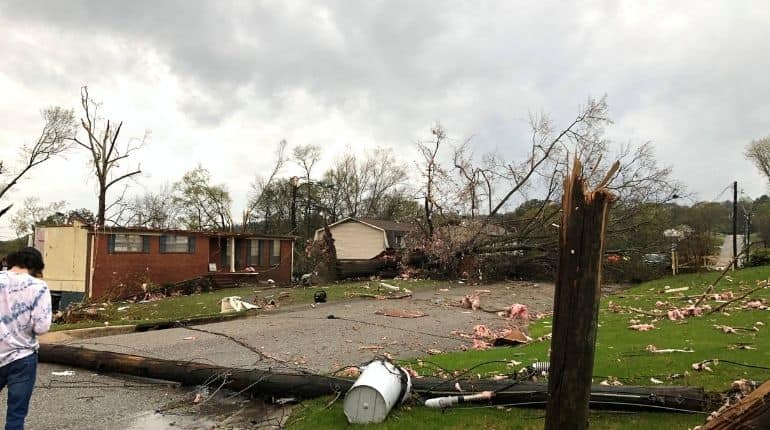 Photos and videos on social media show the damage sustained by Ohatchee, whereby buildings had collapsed. The roofs of many structures were destroyed, exposing furniture and other contents. Thousands of people are currently without power.

According to the National Weather Service, two storms created violent tornadoes that ripped through 100 miles of the state on Thursday afternoon. In Florence, a police officer was struck by lightning while setting up road barriers, the police department said. The officer remained “conscious and responsive” at the North Alabama Medical Center.

Authorities said that more tornadoes may have ripped through the area, but that the number would remain unknown until a survey ascertains the damage in the coming days. 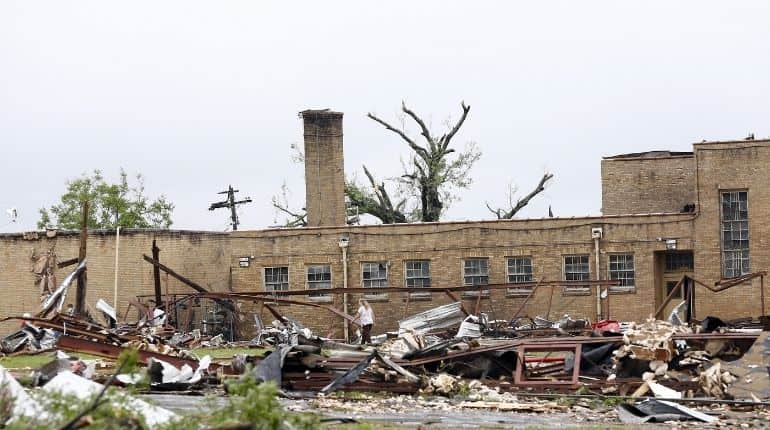 Significant damage was recorded in multiple countries in central Alabama. Shelby County Sheriff John Samaniego, in a statement to AI, said that the county had seen “significant tornado damage” and that “multiple injuries” had been reported.

"Our priority at the moment is identifying those citizens in need of emergency medical attention. ... This search and outreach effort will continue throughout the night and into the early morning hours," Samaniego said.