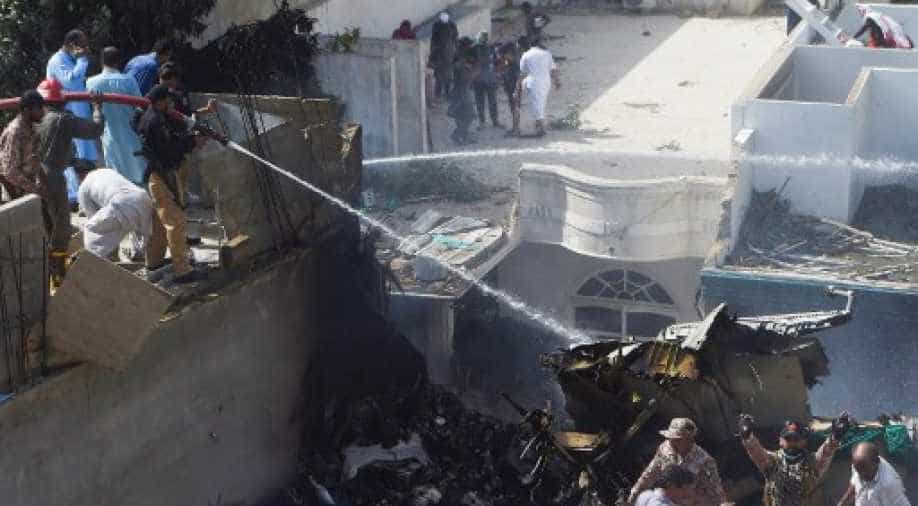 Pakistan's aviation authority said that over hundred people were on board the flight. The passenger aircraft crashed in Karachi's suburb destroying several houses and damaging cars.

The United States had earlier this year marked five Chinese state media outlets, including CGTN, as Foreign Missions -- as extensions of Beijing's government.

US President Trump had blamed Russia for not adhering to the treaty. "Russia did not adhere to the treaty," Trump said, adding, "so until they adhere, we will pull out."

Russian authorities reported 8,894 new coronavirus cases in a single day with the death toll climbing to 3,249.

On Thursday, an official at South Korea's unification ministry said that the current regime's trend of demystification is "noteworthy".

The ten-second spot posted on Instagram and Twitter shows a massive white hand pushing a black man away from a new yellow Volkswagen Golf 8 parked on the street.

The report, which was issued on May 19, comes at a time when the US special envoy for Afghanistan reconciliation Zalmay Khalilzad has called on India to hold direct talks with the Taliban.

US approves arms worth deal worth $180 million with Taiwan

The US State Department authorised a sale of eighteen MK-48 Mod6 Advanced Technology Heavy Weight Torpedoes and related equipment for an estimated cost of $180 million, according to the Defense Security Cooperation Agency.