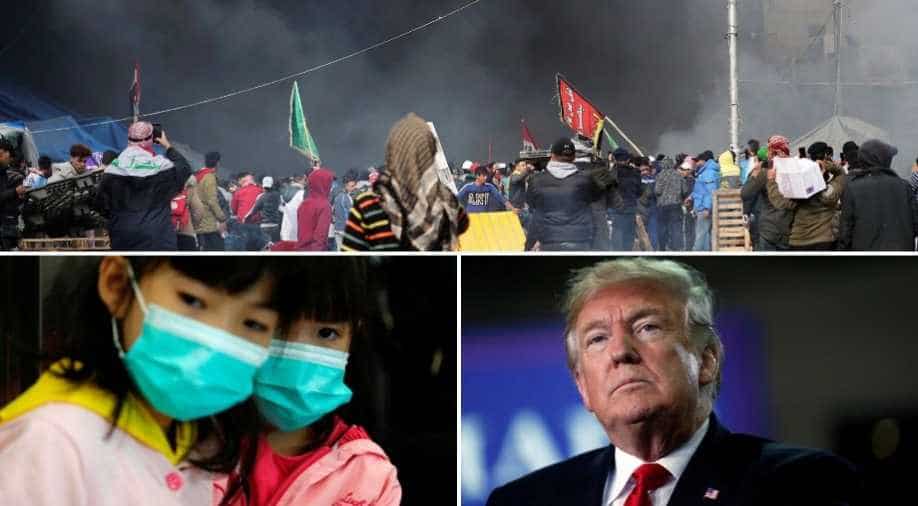 Hong Kong on Saturday declared coronavirus epidemic as an "emergency" in the city. In China, the death toll rose to 41 while over 1,200 have been infected from the mystery virus.

China can "win the battle" against the coronavirus that has killed 41 people and has infected over 1,200 across the country, President Xi Jinping said on Saturday. Read more

Hong Kong on Saturday declared Coronvirus outbreak as an "emergency" in the city as the mystery virus killed 41 in China.

Under the measures Lam took to limit the infection spreading, all schools will remain closed until February 17; while all official visits to mainland China have also been cancelled. Read more

In two days from now, a number of protests and demonstrations are expected to take place in London coinciding with India's Republic Day. Read more

Donald Trump became the first US president to attend the annual March for Life in Washington on Friday, unleashing a fierce attack on his Democratic rivals during a rally in an election-year show of support for opponents of abortion rights. Read more

Nepal on Saturday became the first South Asian nation to offer to "mediate" between India and Pakistan over Kashmir and cross-border terrorism with a Nepal government source underlining the importance of dialogue between the two arch-rivals to resolve their differences that could also lead to the revival of the SAARC. Read more

Nearly three dozen US troops suffered traumatic brain injuries or concussion in this month's Iranian air strike on a military base in Iraq, the Pentagon said on Friday. Read more

US Secretary of State Mike Pompeo cursed at a National Public Radio reporter and repeatedly "used the F-word" in a shouted diatribe after she questioned him about Ukraine and the ousted American ambassador to Kiev in an interview on Friday, the reporter said. Read more

Two Rohingya women were killed and seven others injured in shelling the Myanmar military and insurgents blamed on each other, days after the UN's top court ordered the country to protect the beleaguered Muslim minority. Read more