TNA will gain political mileage out of its support to shaky govt: Mahinda Rajapaksa 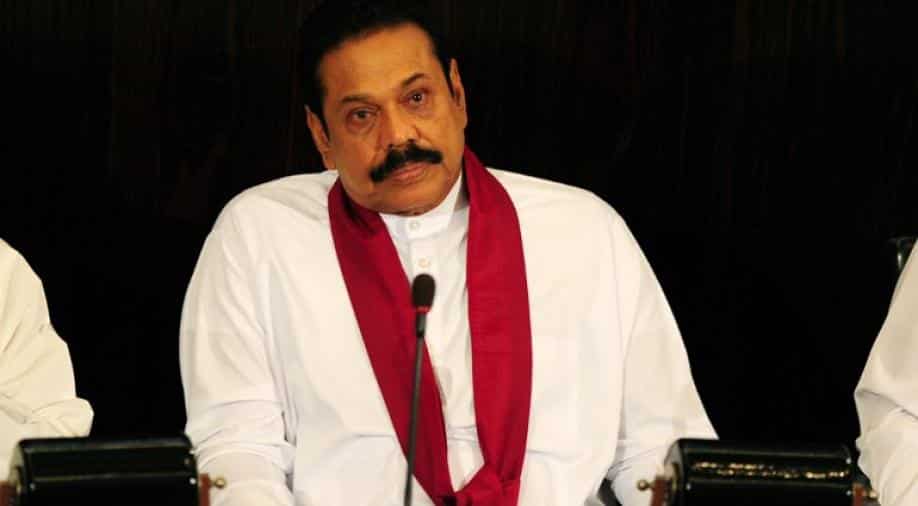 Sri Lanka's main Tamil party TNA should not be allowed to achieve through its support to prime minister Ranil Wickremesinghe's government what it could not accomplish in the three-decade-long civil war, ex-President Mahinda Rajapaksa has said, warning that the country cannot be divided.

He was hinting at the TNA's support to Wickremesinghe to end the recent constitutional and political crisis which lasted for over 50 days.

Rajapaksa alluded that the TNA would make use of the support to win political autonomy through devious means when Wickremesinghe introduces a new Constitution.

"This country cannot be separated or divided, all must work in unison," Rajapaksa said.

The TNA stood against the sacking of Wickremesinghe as Prime Minister by President Maithripala Sirisena on October 26 and replacing him with Rajapaksa, triggering an unprecedented constitutional and political crisis.

Sirisena also dissolved parliament when it appeared that Rajapaksa was not able to garner a working majority.

The Supreme Court delivered a huge blow to both Sirisena and Rajapaksa when a 7-member bench unanimously ruled Siirsena's dissolving of parliament as unconstitutional. It led to Wickremesinghe being reinstated as prime minister.

Rajapaksa's war effort in crushing the LTTE's 30-year-old campaign to carve out a separate homeland for the minority Tamils has endeared him to the 74 per cent of the Sinhala majority.

He aims to convert the Sinhala goodwill to votes after he was ousted by a popular movement for reforms backed by both the Sinhala majority and the minority communities in 2015.

The TNA had backed Sirisena's victory in 2015 and anticipated action on the introduction of a new Constitution which guaranteed political freedom for Tamil minority in the north and east provinces.

However, Rajapaksa's opposition has whipped up Sinhala majority nationalism to scuttle the effort.

His new party the Sri Lanka Podujana Peramuna (SLPP) swept the local polls held in February this year in the Sinhala-dominated areas.

The Tamil minority seeks a power devolution arrangement to give autonomy to the traditional Tamil regions in the north and east of the island.

The Tamils had stayed away from both previous Constitutions making processes in 1972 and 1978.

Unhappy with sharing of power, the Tamils demanded self-determination in 1976 which was later converted to a bloody military campaign carried out by the LTTE. The armed Tamil group fought a guerrilla war to create a separate Tamil state.

With the LTTE's military defeat in 2009, following the death its supremo Velupillai Prabhakaran, the moderate Tamils parties have consented to the realisation of Tamil demands through consultation.

According to the government figures, around 20,000 people are missing due to various conflicts including the civil war with Lankan Tamils in the north and east which claimed at least 100,000 lives.

According to UN figures, up to 40,000 civilians were killed by security forces during Rajapaksa's regime that brought an end to the three-decade-long civil war.