WION Web Team
MILAVCEUpdated: Aug 04, 2021, 07:16 PM IST
View in App
A firefighter works on a site of a train crash near the town of Domazlice, Czech Republic, August 4, 2021. Photograph:(Reuters)
Follow Us

Czech Railways said an international high-speed train that connects the western city of Plzen with Munich in Germany and a local passenger train were involved in the collision.

At least three persons died and more than 50 were wounded when a fast train from Munich collided with a passenger train in the Czech Republic.

Some passengers were taken to hospital by helicopter after eight individuals were badly hurt.

Czech Railways said a local passenger train and an international high-speed train that was heading from Munich to the western Czech city of Plzen and the Czech capital of Prague were involved in the collision.

The victims included the drivers of both engines and a female passenger, authorities said.

Four helicopters flew the injured to local hospitals and Prague, while three German speakers were sent to German facilities. 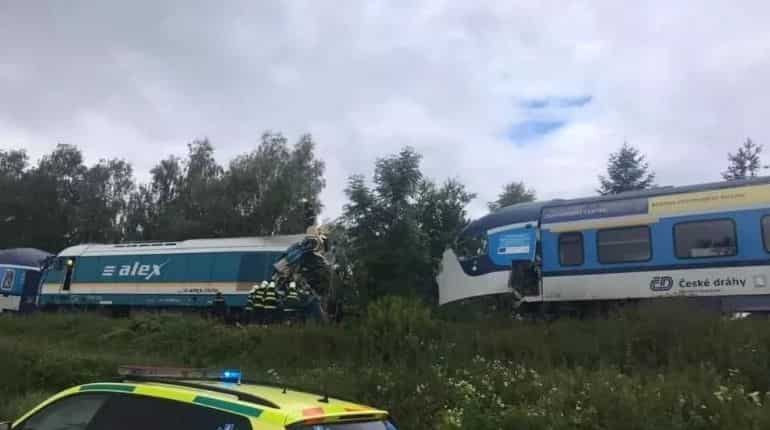 According to the area emergency agency, a total of 52 individuals required medical attention.

Nearby German rescuers arrived to assist their Czech colleagues in treating the injured.

The front of the high-speed train's engine was extensively damaged, according to photos taken on the scene.

The train is run by the Laenderbahn business in Germany and Czech Railways.