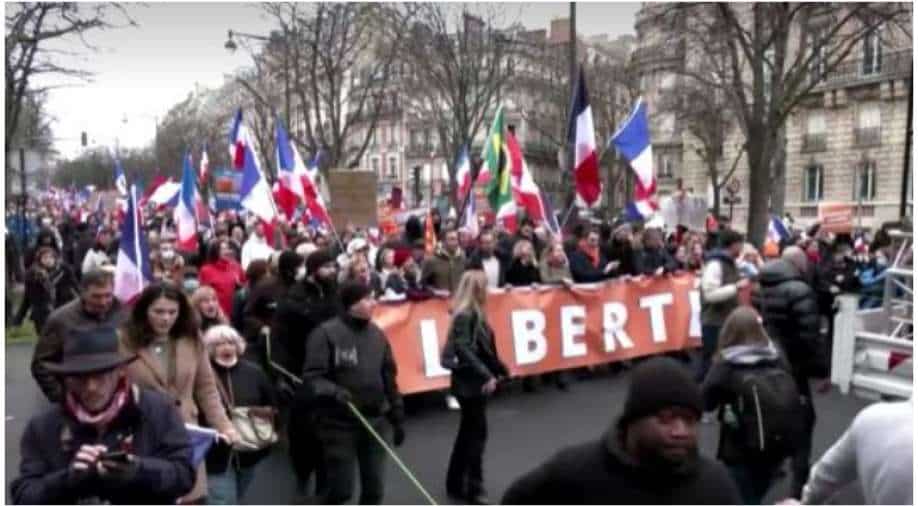 About two thousand people took to streets of Paris to express anger against the vaccine pass. The protesters lashed out at the vaccine passes which they said were discriminatory and excessive.

Demonstrators rallied behind far-right figure, Florian Philippot, who has called for the demonstration and has been a vocal opponent to health restrictions in France. Other smaller protests took place simultaneously in the French capital.

"The vaccine pass is segregation in plain sight and the worst part is that a lot of people support this segregation," protester Alain, who declined to give a last name, told Reuters.

The French vaccine pass took effect on Jan. 24, replacing a health pass that showed proof of vaccination, a recent negative test or past infection.

Protesters held up placards reading "Freedom" and waved flags of various countries, notably Canada, where a movement of truck drivers opposing health measures is under way.