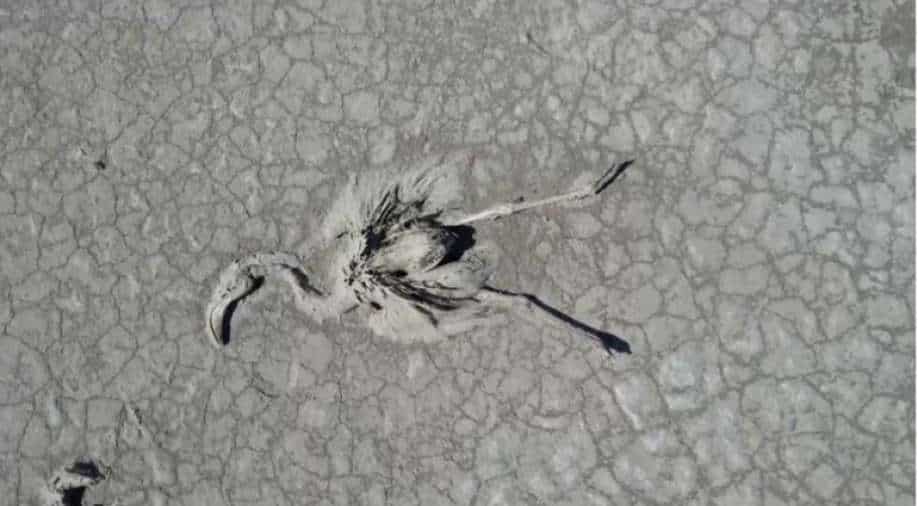 Turkish Minister of Agriculture and Forestry, Bekir Pakdemirli said that the initial analysis showed the flamingos were not poisoned

Thousands of flamingos were found dead on the dry bed of Turkey's Lake Tuz, alarming environmentalists and prompting authorities to investigate what caused the mass deaths.

Drone footage from the area showed hundreds of flaminglets partly buried in dried parts of Lake Tuz, in Turkey's central province of Konya.

The initial analysis showed the flamingos were not poisoned, Turkish Minister of Agriculture and Forestry, Bekir Pakdemirli, told reporters, adding some 1,000 flaminglets were among the birds that died.

Environmentalists said the deaths stemmed from the agricultural irrigation practices in the region, along with the repercussions of climate change and drought.

According to a report published by Turkish environmental foundation TEMA in 2020, the annual water reserve in central province of Konya's close basin was 4.5 billion cubic metres, while the consumption reached 6.5 billion cubic metres. Environmentalist and wildlife photographer Fahri Tunc said the canal that was built to deliver water to Lake Tuz is redirected for agricultural irrigation.

"This is the irrigation canal that comes from Konya. It needs to deliver water to Lake Tuz. As you can see, the water is not coming through. It stopped," Tunc said.

According to statistics, around 5,000 to 10,000 flaminglets are born in Lake Tuz every year during the hatching season.

Tunc said, this year, only 5,000 eggs have hatched and most of the birds died while seeking water on the surface of partially dried lake.

President of Doga (Nature) Association, Dicle Tuba Kilic said the only way to prevent mass flamingo deaths is to change the agricultural irrigation methods in region.

Pakdemirli said the deaths are not related to the irrigation practices in the region.

"I want to stress that there is no direct or indirect connection between this incident and the wells in the area or the agricultural irrigation," he said.

One of the largest hypersaline lakes in the world, Lake Tuz (Salt Lake) is the second largest lake in Turkey.