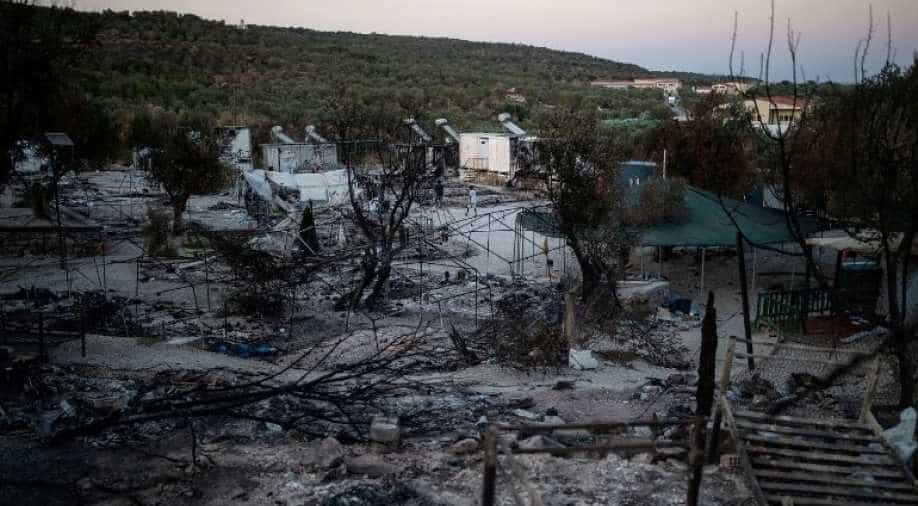 Men make their way at the destroyed Moria camp for refugees and migrants, on the island of Lesbos, Greece, September 14, 2020. Photograph:( Reuters )

After a fire broke out at a migration camp on the island of Samos in Greece, the local authorities have detained thirteen people.

"We are examining the possible participation of these suspects in the incident," a Samos police source told a media organisation.

The detainment came after a  fire broke out in the forested area near the Samos migration camp on Tuesday late night. Firefighters were rushed to the spot, who brought it under control within hours.

The news of this fire came a few days after a massive fire broke out in Europe's largest migrant camp, Moria camp, on Lesbos island in Greece, leaving nearly 12,000 people homeless.

Several European nations have come ahead to provide aid to the thousands of migrants who were seeing carrying their luggage out of the burning camps.

The police has not yet revealed the nationality of the detained migrants.