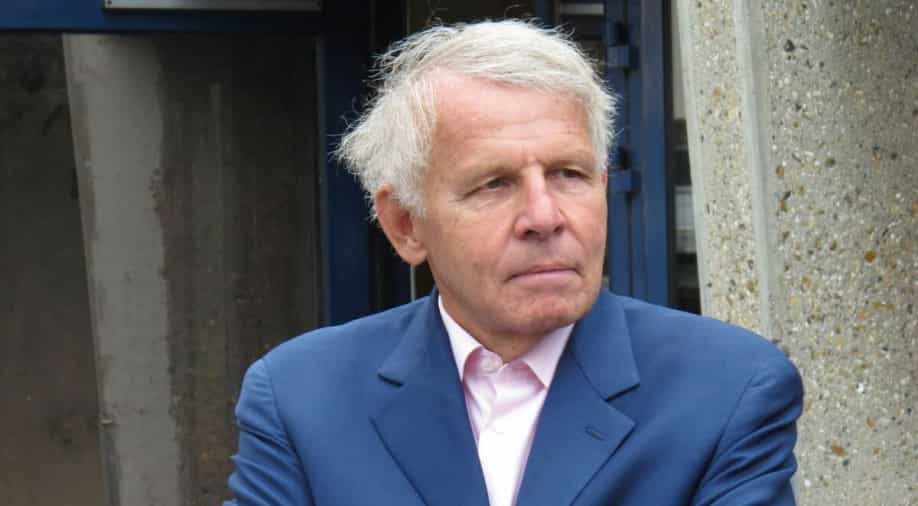 In this picture, French journalist Patrick Poivre d’Arvor can be seen. He was nicknamed the Sun King of French TV. Photograph:( Twitter )

Patrick Poivre d’Arvor, nicknamed the Sun King of French TV, seemed so confident of his reputation that last month he sued for defamation 16 women who had accused him of rape, sexual assault and harassment, saying that they were simply 'jilted' and 'bitter'

France’s most trusted anchorman for decades, he used to draw millions in an evening news program. In an earlier time, he embodied an ideal of the French male — at ease with himself, a TV journalist and man of letters, a husband and a father who was also, unabashedly, a great seducer of women.

Patrick Poivre d’Arvor, nicknamed the Sun King of French TV, seemed so confident of his reputation that last month he sued for defamation 16 women who had accused him of rape, sexual assault and harassment, saying that they were simply “jilted” and “bitter.”

Angered, nearly 20 women appeared together this month in a TV studio for Mediapart, France’s leading investigative news site, with some recounting rapes or assaults.

In what has become perhaps the biggest scandal in France’s delayed #MeToo reckoning, their accounts amounted to a devastating rejection of the romantic persona that Poivre d’Arvor so assiduously cultivated with the help of France’s gossip pages and its most powerful television network. At 74, he is clinging to that image, denying all accusations and arguing that he is just an inveterate serial “seducer.”

“He was called a Don Juan for years,” said Hélène Devynck, 55, a journalist who has accused Poivre d’Arvor of raping her at his home when she worked as one of his assistants in the early 1990s. “There were articles in Paris Match that said he was the paragon of French seduction. Which forces us now to ask, ‘What does that mean — French seduction?’”

A court could decide. Nearly all of the most serious accusations against Poivre d’Arvor occurred so long ago that the statute of limitations has expired. But since he has now sued, the case may provide his accusers the opportunity to confront him publicly in court in the coming months.

Poivre d’Arvor has dismissed the women as having been motivated by “vengeance,” because they had not “enjoyed the regard, or even a simple look, of a man they had once admired,” in a written complaint that has been cited in the news media and whose contents were authenticated by his lawyer, Philippe Naepels.

Poivre d’Arvor declined an interview request through Naepels, who said that at least one more woman could be included in the defamation suit.