The dark economy of North Korea 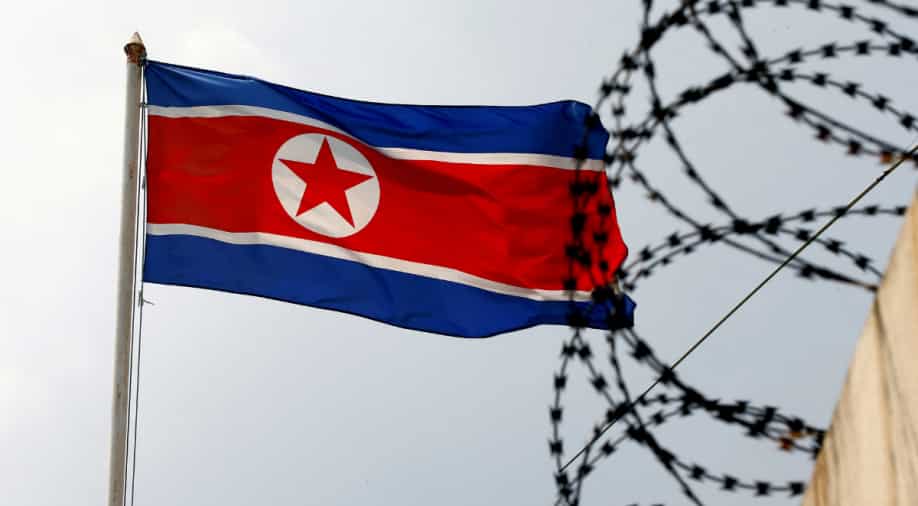 In the few countries with which North Korea trades, the nation rather buys than sells, putting itself more into debt internationally

For decades, there have been extensive sanctions against North Korea. Weapons, raw materials, machines, vehicles, luxury goods, chemicals and textiles. Almost no country in the world trades with this totalitarian regime. In the few countries with which North Korea trades, the nation rather buys than sells, putting itself more into debt internationally. The economy has been stagnating for years, with millions of people living in abject poverty. On the contrary, the supreme ruler of the country, Kim Jong Un, has magnificent monuments built, maintains a gigantic military and finances an expensive nuclear programme. The country's income is not enough for that—so where does all the money come from?

Insurance fraud, cyber-attacks, counterfeit money and modern slavery, North Korea will stop at nothing. North Korea's currency, the won, is not traded at international markets. To buy one or the other tank, you need dollars, yuan, or euros. But how can you earn a lot of money quickly and anonymously. For a long time, it was assumed that there was a separate authority in Pyongyang only for this purpose. The mysterious Room 39. Various leaks and several North Korean refugees today independently confirmed the existence of the bureau. Room 39 is supposed to raise foreign money for the regime, no matter how. At the end of the eighties, the activities of Room 39 were made public for the first time.

While the economy of North Korea is on life support, let's take a look at some infamous life support tactics harnessed by their government over decades.

The USD notes look insanely real, but they are not. There were so many of these notes in circulation—they were so well forged that they were called "supernotes." According to a former North Korean diplomat, they come from North Korea. The North Korean government bought some money printing machines back then, the same model that prints real dollar notes, and the printed supernotes were then given to diplomats. Until today, they were the regime's errand boys with special status, as they deposited the supernotes abroad, for example, in banks and had real dollars paid out. The real notes were then delivered back to Beijing by the case. There are probably still several million of these supernotes in circulation. Whether the money printing machines still print notes today is unclear.

In 2005 and 2006, numerous claims were received by international insurers. A helicopter crashed in Pyongyang, two trains were involved in an accident, and a ferry sank. The best part is that all of these were insured abroad. The insurance monopoly, Korea National Insurance Corporation, has received at least 58 million USD from various global insurers for helicopter crashes alone. There is much to suggest, however, that the accidents were only staged, as was reported by The Washington Post in 2009.

If your t-shirt says "Made in China," there is a high probability that it was produced in North Korea. Chinese textile companies are increasingly outsourcing their production to cheap factories in North Korea, where the employees often work under inhumane conditions. Nevertheless, in your shirt, you will only find a mention of China while North Korea's export continues. Along with textiles, oil and coal are also assumed to be exported to many neighbouring countries. According to a United Nations report, North Korea also supplies weapons, mostly via international waters, especially to Africa and the Middle East. To remain undetected, the identities of the respective ships are forged, and the radio systems are manipulated. For example, Syria was supplied with at least 40 shiploads between 2012 and 2017, most likely destined for Assad's chemical weapons program. In the Syrian civil war, these chemical weapons killed many innocent people.

According to the Global Slavery Index, 2.6 million North Koreans are currently in modern-day slavery. The country most likely engages a part of its population as forced labourers, especially in China, Russia, and Southeast Asia. Some are said to have been used on European construction sites until recently.

The families are left behind to serve as hostages, and for many forced labourers, this is the only reason not to flee to freedom. The United Nations estimates that the North Korean government still receives billions of dollars in income from forced labour alone.

North Korea is infamous for cyber-attacks globally. Not a single North Korean has access to the Internet, yet the country has a Cyber Army in which about 1800 people are supposed to be deployed. An auxiliary office is even said to have been established for this purpose—Bureau 121. In 2016, Bangladesh's central bank was hacked—several million dollars were stolen, and the FBI is convinced that North Korea was involved.

The 2017 WannaCry ransomware infected over 200,000 Windows computers in over 100 countries with the cryptoworm. The ransomware encrypted all the data on these computers and demanded a ransom of 300 USD in Bitcoin to recover the data, or else the data would remain encrypted forever. The attack group did 100 million USD worth of damage, and the American, British, and Australian governments are certain that North Korea was behind the attack.

Many of North Korea's illegal activities have not been exclusively controlled by the government since 2000. In the nineties, there was a severe famine in which hundreds of thousands of North Koreans died. At that time, the regime failed to protect its people, and, as a consequence, numerous black markets have developed, and the government could only partially control these. The operators of these black markets often work closely with the corrupt government, and the government always turns a blind eye if a part of the money flows towards the state. On the black markets, not only food, clothes, and everyday objects are traded, but also drugs and foreign currencies.

A large part of this unofficial trade takes place in China. The border in the north is very long and much less guarded than the border with South Korea. Chinese authorities seized 60 million USD worth of drugs from North Korea in 2011. Hundreds of kilogrammes of narcotics produced in the neighbouring country are repeatedly found in China.

It's not all over.

Amid this tremendous economic crisis, Kim Jong Un believes that expanding his nuclear and missile arsenals will convince the United States to engage in "arms control talks." This will mean accepting North Korea as a nuclear power and Pyongyang receiving sanctions relief to revive its economy from life support, but the economy will still be governed by the supreme ruler of North Korea!