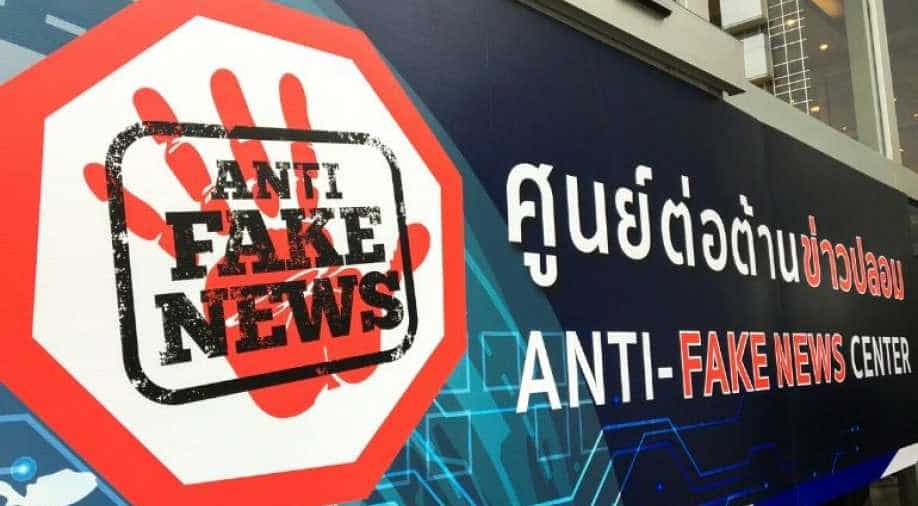 Thailand has recently pressed more cybercrime charges for what it says is misinformation affecting national security.

The move came as Thailand is counting on the digital economy to drive growth amid domestic political tensions, following a March election that installed its junta leader since 2014 as a civilian prime minister.

Thailand has recently pressed more cybercrime charges for what it says is misinformation affecting national security. Such content is mostly opinion critical of the government, the military or the royal family.

Minister of Digital Economy and Society Puttipong Punnakanta broadly defined "fake news" as any viral online content that misleads people or damages the country's image. He made no distinction between non-malicious false information and deliberate disinformation.

"The centre is not intended to be a tool to support the government or any individual," Puttipong said on Friday before giving reporters a tour.

The centre is set up like a war room, with monitors in the middle of the room showing charts tracking the latest "fake news" and trending Twitter hashtags.

It is staffed by around 30 officers at a time, who will review online content, gathered through "social listening" tools, on a sweeping range of topics from natural disasters, the economy, health products and illicit goods.

The officers will also target news about government policies and content that broadly affects "peace and order, good morals, and national security," according to Puttipong.

If they suspect something is false, they will flag it to relevant authorities to issue corrections through the centre's social media platforms and website and through the press.

Rights groups and media freedom advocates were concerned the government could use the centre as a tool for censorship and propaganda.

"In the Thai context, the term 'fake news' is being weaponised to censor dissidents and restrict our online freedom," said Emilie Pradichit, director of the Thailand-based Manushya Foundation, which advocates for online rights.

Pradichit said the move could be used to codify censorship, adding the centre would allow the government to be the "sole arbiter of truth".

Transparency reports from internet companies such as Facebook and Google show Thai government requests to take down content or turn over information have ramped up since the military seized power in 2014.

A law prohibiting criticism of the monarchy has often been the basis for such requests for Facebook. In Google's cases, government criticism was the main reason cited for removal of content.