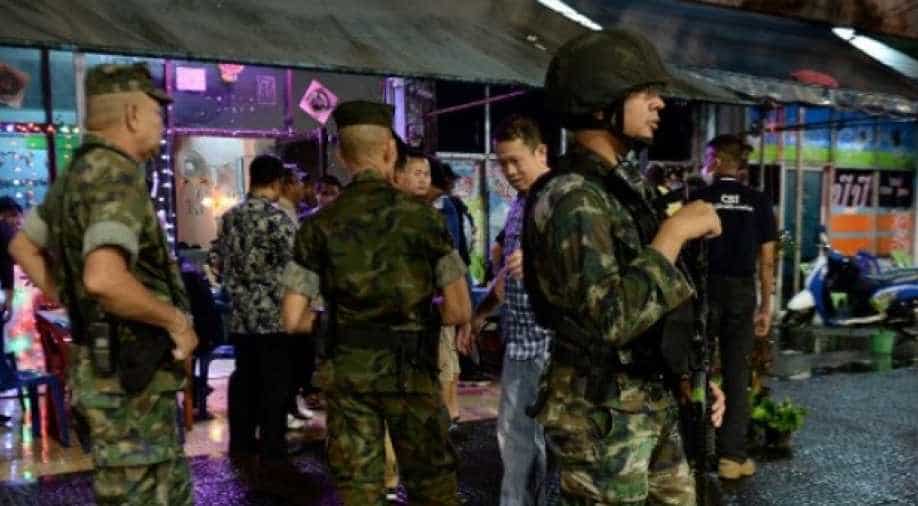 The four men killed in Thursday's shooting were all Muslims and were guarding a school in Pattani province when the attackers struck just before lunchtime with students mere metres away.

Two insurgents believed to be tied to a motorcycle drive-by shooting at a school in Thailand's south were shot dead Saturday, police said, as UNICEF warned of trauma for children near the scene of the lunchtime violence.

Since 2004 clashes between Malay-Muslim rebels and the Buddhist-majority Thai state that annexed the area over 100 years ago have killed nearly 7,000 people, mostly civilians of both faiths.

The conflict rarely makes global headlines but is a reality for residents of border provinces where security forces maintain a large footprint, aided by poorly paid defence "volunteers" drawn from local communities.

The four men killed in Thursday's shooting were all Muslims and were guarding a school in Pattani province when the attackers struck just before lunchtime with students mere metres away.

Though he did not give information about their identities or affiliation, he said he was "confident that they are the same group who carried out the attack Thursday" by driving by on motorbikes.

Authorities have also detained one suspect and are questioning five others, while a military source said an eight-year-old had been grazed by a bullet but not seriously injured.

UNICEF Thailand representative Thomas Davin said Friday that one child at the Bukoh school attack was reportedly injured by debris and some who may have witnessed the attack could face long term psychological trauma.

"This attack has undoubtedly put the school children, the teachers, and school personnel in harm’s way. It has put children at grave risk of injury or death," he said.

"Such violence could also affect parents’ willingness to send their children to school — potentially to the detriment of many children’s learning and future development."

The 15-year insurgency has seen scores of teachers killed, slain for their perceived collaboration with the Thai state, which led to the use of armed guards at schools.

The death toll in the conflict dropped to a record low last year as Thailand's junta tightened its security operations.

But recent weeks have seen an uptick in violence, as rebels show they remain able to carry out more pinpointed operations.

In a rare statement dated January 4 the main rebel group — the Barisan Revolusi Nasional (BRN) — swore to "keep fighting" while warning people not to help or support the state.

But Thai authorities, as well as the Malaysian facilitator of the talks, have recently expressed confidence they will make progress soon.

Former 4th Army commander Udomchai Thammasarorat said at the Foreign Correspondents Club in Thailand on Friday that he "wants to find a solution to exit from the violence" and he has urged the southern army commander to try and ensure public safety.