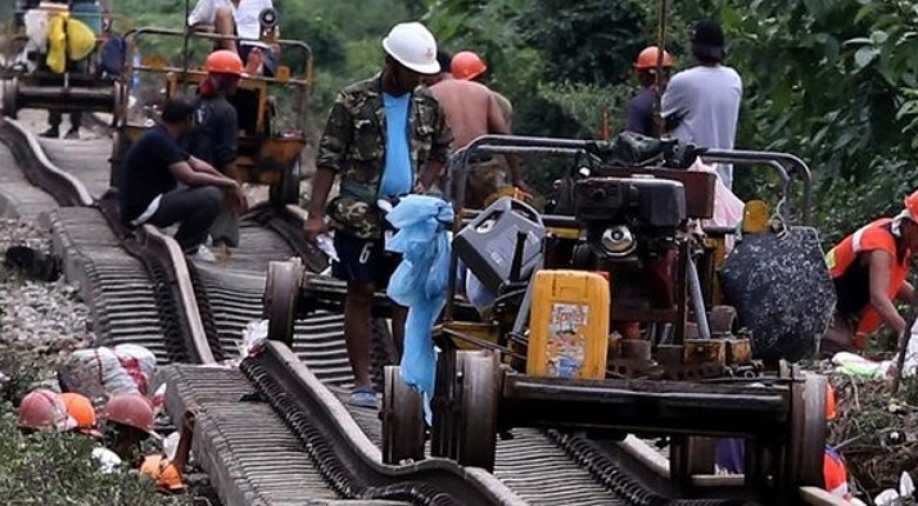 'The worst isn't over. We're expecting more rain this week while clean-up efforts are underway in places where the waters have subsided,' said Chatchai Promlert, head of the Disaster Prevention and Mitigation Department. Photograph:( Reuters )

Thailand faces more hardship from unseasonable floods that have killed 40 people in its south, with more rain expected in the major rubber-producing and tourist region in coming days, a top disaster agency official said on Sunday.

Persistent heavy rain well into what should be the dry season has triggered floods across the south, cutting road and rail links, threatening crops and affecting about 1.6 million people, said Chatchai Promlert, head of the Disaster Prevention and Mitigation Department.

"The worst isn't over. We're expecting more rain this week while clean-up efforts are underway in places where the waters have subsided," Chatchai told Reuters.

The Meteorological Department said on its website more rain was expected on Monday.

The rainy season in Thailand normally takes place from June to November.

The floods, which began on January 1, have followed unseasonably heavy rain.

Thailand is one of the world's most important producers of natural rubber and the national rubber authority said on Thursday output in 2016-2017 would be about 10 percent lower because of the floods.

Global rubber prices have spiked on concern about the impact.

Flooding occurs in Thailand regularly during the rainy season but January is traditionally sunny and clear, and a high season for the tourist industry, including in southern seaside resorts.

The country saw its worst flooding in half a century in 2011, when heavy rain beginning in July that year over northern regions led to six months of inundations, including in the central plains, where industrial estates have replaced rice fields in many places.

The floods submerged a third of the country, killed more than 900 people and crippled industry.

The army played a major role in relief efforts in 2011 while the then civilian government was criticised for what many saw as lacklustre disaster efforts.

The army, which seized power in a 2014 coup, has again been playing a major role in helping with relief efforts.

The Federation of Thai Industries said last week the southern floods would have little impact on economic growth.